You are here: Home / Science / Stephen Hawking Warns About the Dangers of Rogue Technology 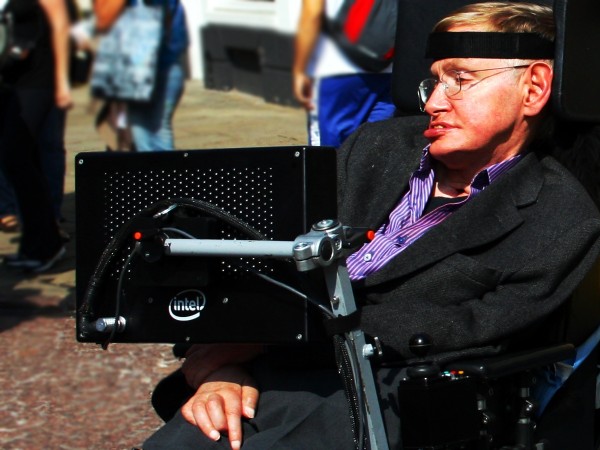 Stephen Hawking recently declared that humanity might suffer severe consequences if the current rate of technological advancements will advance alongside our species’ natural aggression. In his view, the human species will be decimated by either warfare or climate change, chances of escaping a grim future growing slimmer by the day.

Conflict Is Deeply Embedded in Our DNA

The famous astrophysicist declared that the only efficient weapons against humanity’s upcoming demise are “reason and logic.” He argues that evolution has imprinted aggression in the DNA of all humans, creating generations of dormant warriors. Unfortunately, the human race did not have the chance to experience long intervals of peace that could train our minds to look to reason before taking up arms.

By understanding humanity’s innate predisposition to aggression, and by forcing themselves to first filter their reactions through logic, people could avoid destroying the planet through nuclear or biological warfare.

“We now have the technology to destroy the planet on which we live, but have not yet developed the ability to escape it.”

According to the famous astrophysicist, finding new planets that could sustain life is a priority at the moment, Earth being in far too much danger for humanity’s existence to depend only on its viability.

Will Robots Take Hold of Earth?

Artificial intelligence is also a serious concern for Hawking as he fears robots could develop glitches that will ultimately lead to the destruction of humankind. To this extent, the 74-year-old physicist initially proposed the creation of a “world government,” but he soon realized that his solution might be considered the first step towards tyranny.

This is not the first time Hawking spoke about the dangers of advanced robotics. The astrophysicist, alongside Tesla-owner Elon Musk, and Windows creator Bill Gates have presented the dangers of artificial intelligence numerous times during their speeches.

The scientific community’s main concern is that a simple programming error could lead robots to perceive humans as a threat, giving birth to a worldwide crisis.

Even though Hawking’s perspective on the future of humanity is not very bright, he still holds on to hope. The astrophysicist believes that humanity will conquer all the difficulties met along the way, paving the way towards the stars.