You are here: Home / Science / Similar Levels of Social Intelligence Found in Both Dogs and Toddlers 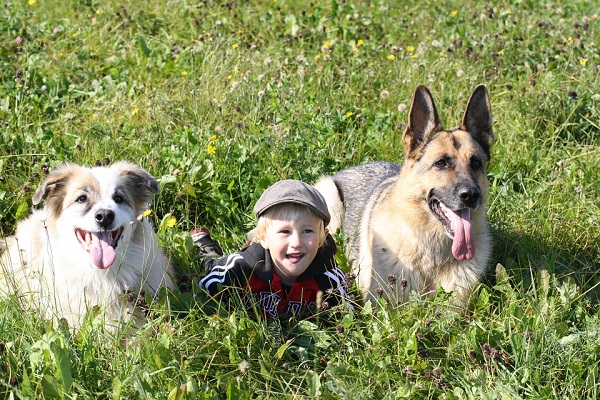 Dogs and Infants have similar patterns of social intelligence.

Dogs are common for having the ability to feel their owner’s feeling and overall mood and adapt to it. They can easily integrate into the overarching structure of the family. Now, a study reveals their levels of social intelligence are similar to that of infants.

This new study was led by Evan MacLean, the director of the Arizona Canine Cognition Center at the University of Arizona, and was published in the Animal Behavior journal. The purpose of the study was to provide a better understanding of we evolved socially as humans.

In this regard, MacLean and his colleagues studied more than 550 dogs. They included dogs that were just family pets as well as assistance dogs-in-training and military explosive detection dogs, from a variety of different breeds.

The researchers determine the dogs’ levels of social intelligence through a number of game-based tests in which the researchers hid various dog treats and then instructed the dogs through non-verbal cues about their hiding location. The cues involved either looking or pointing in a certain direction.

After compiling all the data from the tests involving the dogs, the researchers then compared with the data of 105 two-year-old children which also completed a similar social intelligence test. Furthermore, the study also involved 106 of your closest animal relatives, chimpanzees, from wildlife sanctuaries in Africa.

After comparing and analyzing all the data, the researchers determine that the young children have similar social intelligence patterns as dogs rather than that of chimpanzees. The tests also involved skills for cooperative communications, a field in which the chimpanzees underperformed despite excelling at spatial reasoning. Overall, both dogs and children managed to outperform the chimps on tasks involving cooperative communication skills and had similar patterns of variation between each individual member.

There have been a number of previous studies which analyzed the human psychology and how it compares with that of other species in order determine what makes it special. They found that the communication skills which tend to develop after nine months are what set us apart from other animal species.

However, the social intelligence skills humans develop by the age of two, are remarkably similar to that of adult dogs. The scientists believe that this similarity is caused by similar conditions in the evolution of both species.