You are here: Home / Health / Scientists Discovered the Secrets of Memory Athletes 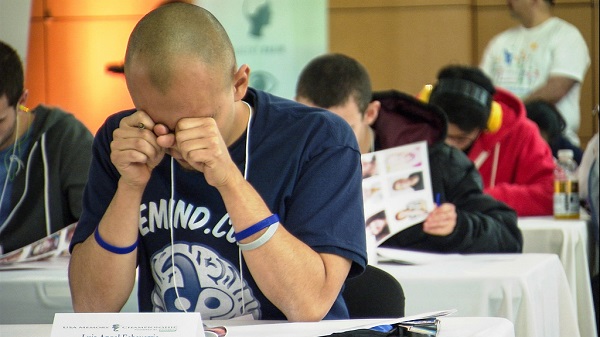 Sometimes our memory can be trained not to fail us during the most important moments.

A new study published in the Neuron journal shows that anybody can train to become a memory athlete, no person being born with exceptional memorization capabilities. The trick, it seems, lies in daily exercises and plenty of imagination.

Martin Dresler, lead author of the study and cognitive neuroscientist, wanted to learn the secret of the top memory athletes in the world. He and his team were suspecting that the super memorizers’ skills were due to intense training rather than a biological advantage, so they decided to MRI their brains and compare them to those of people with average memorization skills.

Dresler and his team rounded up 23 of the top 50 memory athletes in the world and convinced them to participate in the study. In order to have a unit of comparison, 23 regular individuals were also included in the first stage of the experiment.

After all the participants had received an MRI, the team looked at the scans, trying to find the brain regions responsible for super memory. However, to their surprise, the scans showed almost no differences, suggesting that the memory champions had no biological advantage.

Next, the volunteers were asked to repeat the tests, but this time, they were given a list of words they had to recite during the MRI.

When testing the champions, the researchers observed that several areas of their brains lit up simultaneously when they were reciting the idioms. In particular, spatial learning and memory seemed to be interacting a lot, hinting that the champions must rely on their visual memory when retaining new information.

For the second stage of the experiment, the team gathered a sample of 51 participants and divided it into three groups. The first were asked to train their memories with specific daily exercises and a weekly session with the researchers. The second group was given a different, less rigorous set of training exercises, while the third one was the control group.

After six weeks of training, the volunteers were called back to the lab. Researchers found that the members of the first group developed superior memorization skills, the ones in the second group saw a slight improvement in their memory capacity, while the third ones experienced no changes.

Boris Nikolai Konrad, co-author of the study and memory champion, explains the process that helps memory athletes soak up so much information. The secret lies in creating a mind palace, preferably a house that exists in real life, a place that holds no secrets from the trainee.

Next, it’s important to keep the information in appropriate rooms. All data must be stored in the form of visual images. When it comes to numbers, the Major System is an excellent mnemonic technique that helps turn series of numbers in easy-to-memorize images.

While the training is useful if you want to be able to count cards in Vegas or ace a final, the scientists found no link between an increased memorization capability and higher intelligence.