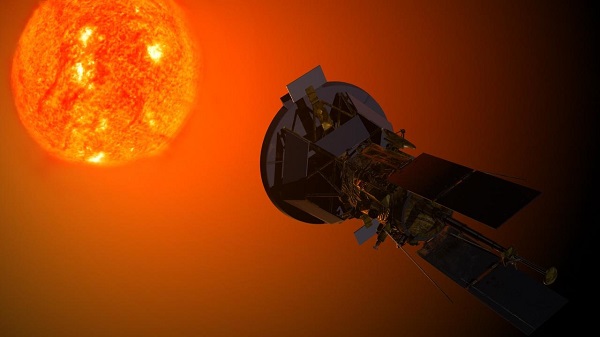 NASA has revealed its plans to launch a solar probe in 2018.

While most of NASA’s efforts are focused on space exploration, the organization also tries to keep a close eye and have a better understanding of all the things from outer space that can affect our planet, from an incoming asteroid to a large eruption on the Sun, which could disrupt satellites at the very least.

In this regard, NASA has revealed that it plans to send a solar probe in 2018 in order to observe the Sun and analyze the risk of a major solar event which could heavily impact the Earth. Once launched, the solar probe in question will stay around four million miles away from the Sun’s surface, as a way to prevent any damage from the intense heat.

The solar probe will analyze the activity on the Sun’s surface in order to help NASA’s scientists better predict and even prepare a major solar event. This mission marks the first time that a spacecraft has ever come so close to the star.

Astronomers revealed that the unstable corona of the star is somehow cooler than its atmosphere. However, they haven’t yet managed to successfully explain the cause behind this phenomenon. The corona is the point of origin of a solar event like flares, mass ejections as well as strong solar winds, which can have the telecommunication operations on the planet, disrupting satellites, and more depending on their intensity.

The role of the 2018 solar probe is to gather data to better predict and estimate how future solar event will affect the planet. A recent study from the National Academy of Sciences has shown that in the event of a massive solar eruption, the US could suffer damages up to $2 trillion in the absence of advanced warning. The study’s researchers believe that in such a situation, the eastern region of the US could be without power for almost a year.

NASA revealed the main objectives of the solar probe, which consists in the mission to trace the energy flow that accelerates the solar winds and the corona. It will also need to determine both the structure and the dynamics of the star’s magnetic fields and its plasma flow. Finally, it will need to analyze the mechanisms which transport and accelerate the energy particles found near the surface of the Sun.