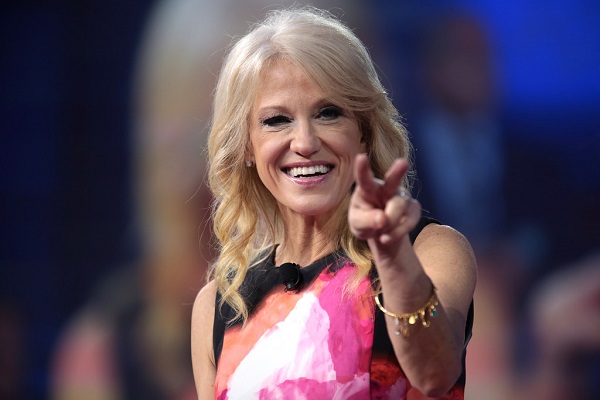 Kellyanne Conway was a key player in Trump’s campaign.

President Donald Trump declared that the Obama administration wired tapped his Manhattan headquarters during the final months of the presidential election in a last effort to thwart his impending victory. Even though no evidence was found to support his claims, Kellyanne Conway, one of his closest advisers, stepped up and suggested that the surveillance was made through high-tech devices such as “microwaves that turn into cameras.”

Trump declared that the former president ordered his men to install microphones in his Manhattan office. Moreover, POTUS also claims that his phones were under constant surveillance.

Terrible! Just found out that Obama had my “wires tapped” in Trump Tower just before the victory. Nothing found. This is McCarthyism!

He even went as far as to ask the House Intelligence Committee to provide the necessary evidence to back up his claims. The court turned down his request, prompting a declaration from Sean Spicer, the White House press secretary. According to Spicer:

“The President used the word wiretaps in quotes to mean, broadly, surveillance and other activities.”

This is not the first time Spicer tries to “clean up” after the President. The “alternate facts” scandal was just fading down as Spicer decided to create yet another, “alternate,” definition for an English word.

Is it legal for a sitting President to be “wire tapping” a race for president prior to an election? Turned down by court earlier. A NEW LOW!

Sunday, March 12, Miss Conway welcomed reporters into her Alpine home where she, her husband, and her four children live. The fierce blonde is now a key figure in American politics, Kellyanne Conway being, in part, responsible for Donald Trump’s success during the presidential elections. Now, she serves as one of the president’s closest advisers, whispering in his ear and holding press conferences in his name.

Among the other topics tackled during the interview, Miss Conway was asked about President Trump’s latest allegations concerning Barack Obama and the Democrats’ efforts to derail his campaign. As no solid evidence was found to support the wiretap theory, Miss Conway was keen on pointing out that there are plenty of methods to spy on someone without leaving a trace.

According to her, the Obama administration used cell phones, television sets, and “microwaves that turn into cameras” to spy on the Trump campaign, effortlessly trying to collect data on the current President.

The surveillance allegations come at a time of an on-going Congressional investigation meant to determine if Russia had any connection with the results of the November election.