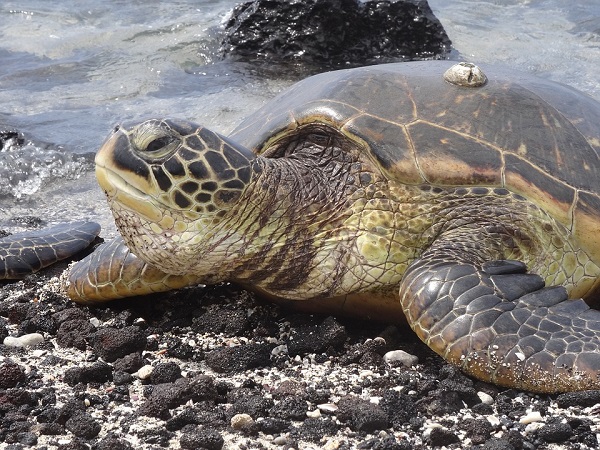 A 25-year-old sea turtle died two weeks after doctors removed approximately 1,000 coins from its stomach. The animal resided in a public pond in the Conburi province. Local customs dictate that whoever throws a coin in the pond can benefit from a streak of good luck. Unfortunately for the turtle, the coins only proved to be bearers of death.

The Official Cause of Death is Blood Poisoning

Two weeks ago, doctors rushed Omsin – which means piggy bank – to a local animal hospital after the animal’s shell cracked under the weight of all the coins it managed to swallow. The sea turtle was put under general anesthesia, and surgeons removed 917 coins amounting to about $57 from its stomach.

After the 11 pounds of foreign objects had been removed, the endangered animal appeared to be on the road to recovery, eating and swimming with more ease. However, the coins left a massive hole in its stomach, causing its intestines to become tangled.

Omsin’s body was already weakened by the surgery, so the turtle was unable to withstand the infection caused by its tangled intestines. Once the infection spread to its blood, the animal died in a matter of hours, leaping into a coma before taking its last breath.

The official cause of death is blood poisoning caused by acute infection. However, the 25-year-old animal would have lived thrice as much if locals from the Chonburi province hadn’t thrown loose change into the pond.

Will Omsin’s Death Serve as Lesson?

Animals can’t usually differentiate between edible or non-edible objects. For a turtle like Omsin, the coins looked exactly like the small fish it usually feeds on. The availability of the metal objects didn’t help the sea turtle either.

Coins are not the only residues currently claiming the lives of innocent animals. Colored plastic residues like bottle caps are often mistaken as small fish or large insects and cause intestinal blockage in seabirds.

Nevertheless, the biggest killer of them all are plastic bags. Lots of sea-dwelling creatures die after suffocating with plastic bags that looked exactly like a delicious jellyfish. Since the amount of residue dumped in international waters grows each year, more and more animals are dying after ingesting plastic waste.

Omsin is yet another grim reminder of how innocent animals can die due to human ignorance. Next time, before throwing a coin in a pond in the hopes of good luck, ask yourselves if the animals that might swallow the object deserve the misfortune brought upon them.