You are here: Home / Health / Drug-Resistant Yeast Infection Has Reached the United States 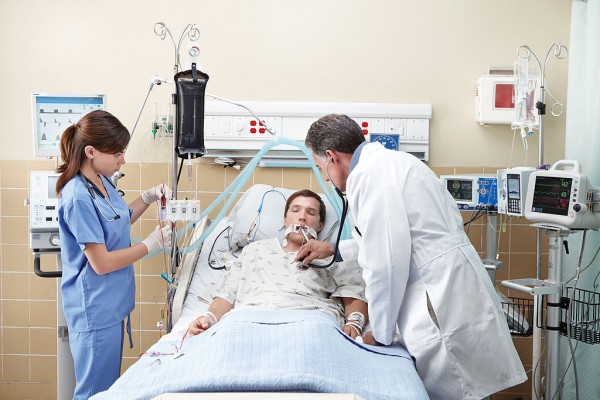 Ever since the initial June 2016 warning, 30 people have been infected with the new drug-resistant Candida auris fungus. Health authorities are growing increasingly concerned about this new strain, searching for efficient ways to stop it from spreading.

Why Is This Type of Yeast Infection So Serious?

Normally, the Candida auris causes a condition known as candidiasis, a common infection that develops on the mouth, throat, tongue – thrush, or vagina – yeast infection. The illness is easily treated with anti-fungal medication such as echinocandins, fluconazole, or nystatin, and cases of the infection traveling to the blood were rarely reported.

However, last year a new strain of the fungus emerged, the infection rapidly spreading in hospitals, penetrating the bloodstream of patients. Unfortunately, the patients did not respond to antibiotics, the invasive fungus targeting the brain, heart, eyes, and bones of the affected individuals.

Apart from resisting treatment, the fungus can also conquer the effect of the cleaning substances used to disinfect hospital equipment. Doctors found that the invasive Candida auris strain can survive for weeks on common hospital items like bed rails or chairs. Even more concerning, the fungus can attach itself to the skin of a patient and go unnoticed for months on end.

Until now, 60 percent of all individuals infected with the new strain have died due to complications, albeit a significant percentage of the victims were already suffering from other serious disorders.

Who Is at Risk?

Post-operative patients, those being treated with anti-fungal medication or broad-spectrum antibiotics, individuals suffering from diabetes, or patients with central line catheters are all vulnerable to infection. All medical centers are doing their best to prevent the further spread of the invasive Candida auris strain.

New Yorkers are the most affected by this last contagion as 28 out of the 40 confirmed cases were reported in the Big Apple. Other towns where infections were identified include Illinois, Maryland, New Jersey, and Massachusetts.

In the June 2016 clinical alert, the CDC detailed that:

“Candida auris has high potential to cause outbreaks in healthcare facilities.”

Medical professionals are warning individuals to report to the nearest hospital in the case of Candida auris infection. Furthermore, patients are being advised to seek medical attention and not attempt to cure the infection with home remedies as complications could arise.