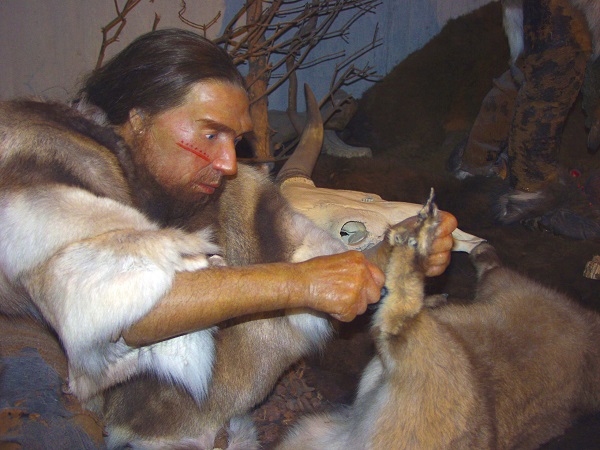 According to researchers, the Neanderthal diet was more varied than it was originally believed. By studying dental plaque remnants, scientists managed to piece together the daily diets of two distinct groups of Neanderthals – the carnivores and the vegetarians.

Back in the days when early humans and Neanderthals roamed the Earth together, there were no dentists or toothbrushes to help them keep their teeth clean and tartar-free so everything they ate left a print on their denture, accumulating in the form of calculus.

Now, 50,000 years into the future, scientists are scraping the fossilized remains from the Neanderthals’ teeth, using them to paint a more detailed picture of their everyday life. According to the tests, the hominids were opportunists that fed on whatever they could find in their immediate surroundings, some eating as much meat as a polar bear, others preferring a Paleo diet made out of mushrooms, moss, and other leafy greens.

The team conducting the study analyzed the remains of three Neanderthal individuals. One was found in Spy, Belgium, the other two were discovered in a cave in El Sidrón, Spain. The researchers looked at more than just the dental plaque lingering on their fossilized teeth. Other remains found near the hominid specimens and the geological and geographical particularities of the area where the discovery was made were taken into consideration when the Neanderthal portrait was put together.

Keith Dobney, co-author of the study and archaeologist at the University of Liverpool, explained that the region where the Homo neanderthalensis lived defined its culinary habits.

For example, judging from the remains found in the cave, the specimen from Belgium was a carnivore that loved to feast on wooly rhinos, wild sheep, mammoths, reindeer, and horses. The presence of a set of nitrogen isotopes on its tartar confirmed its meat diet.

On the other hand, the two specimens from the Spanish cave were convinced vegetarians. Of course, this was due to the fact that wooly rhinos or mammoths preferred open fields over the thick forests of the Spain of yore where the two Neanderthals resided. Thus, the primitive hominid specimens were forced to adapt and adopt a moss, tree-bark, pine nuts, and mushroom-based diet.

This isn’t the first set of evidence suggesting that the Neanderthals adapted their diets to the surroundings. A 2011 study showed that the early hominids residing in the Gibraltar area cooked mollusks before ingesting them.

Now that the versatility of the Neanderthals has been scientifically proven, some members of the paleontological community are beginning to search for more details on how the early humans managed to push their hominid cousins to extinction.