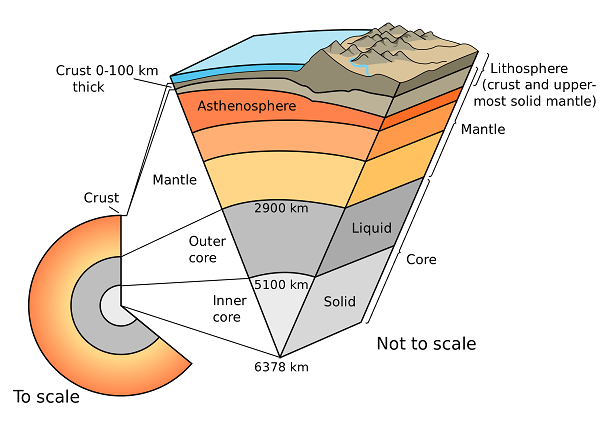 A team of research claims to have found the as yet oldest piece of Earth crust.

A team of research claims to have found the as yet oldest piece of Earth crust. This could be some 4.3 billion years old and reveal new information about the early stages of our planet. Currently, the oldest recognized such piece is 2.7 million years.

This new discovery belongs to a team of University of Ottawa researchers. Led by Jonathan O’Neil, the team released its study results. These were published in the Science journal. The study paper is titled “Building Archean cratons from Hadean mafic crust”.

According to research, the planet Earth is almost 4.6 billion years old. After around 200 million years, this space body may have begun cooling down. Which then led to the formation of its first crust. Due to its many changes, scientists were unable to unearth or recover any such pieces. Or reportedly, not until now.

Most of our planet’s first crust layer was destroyed by a series of natural processes. Or more exactly, mostly through subduction. This later described the sliding process of the tectonic plates. These slide one under the other. Following such events, the original crust is believed to have been recycled. Most of it turned back into a mantle. Nonetheless, some slivers of this ancient rock still exist.

This new discovery may be one such piece. The Canadian researchers found the ancient rock in “The Canadian Shield”. This is an area known to from North America’s ancient geological core. The Earth crust piece was enveloped in granite layers and is believed to be basalt.

According to the team, it may have once belonged underneath the first oceans on Earth.

This Ancient Earth Crust Was Dated Thanks To Modern Technology

In order to date their discovery, the researchers had to turn to new technology. This is based on a specific isotope, called neodymium-142. It only formed during our planet’s first 500 million years. Based on it, the team was able to determine the following. Their basalt piece is around 4.2 billion to 4.3 billion years old. If proven right, this piece may be even more important than believed.

“I think that it’s a piece of the original crust. It was cooked, but I think it’s still very close to what it used to be.” This all according to Jonathan O’Neill.

This find could help shed some new light on Earth’s earliest history. It could also help scientists better determine its development process. Also, it could provide data on Earth’s early geodynamics. Also, as O’Neill pointed out, it could be used to understand our neighboring planets.

The researcher considers that by understanding our planet’s formation process, we could better understand these other planets. It could help reveal both the differences and the similarities between them. Or even when they may have started differentiating.