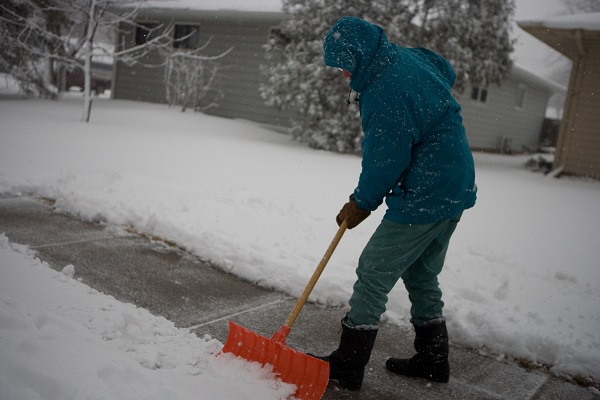 While children may enjoy heavy snowfall by having the opportunity to play in the snow or the chance that school may be canceled, most adults are not particularly enthusiastic about it. Furthermore, a new study has found that shoveling snow can lead to an increased risk of heart attack in men.

A team of researchers led by Nathalie Auger, from the University of Montreal Hospital Research Center, analyzed the records of more than 128,000 cases of heart attack in men, experienced between November and April in a period of 33 years, between 1981 and 2014.

The researchers found that in that period, more than 68,000 men died from a heart attack, with the overall rate of attacks being slightly increased in the time after a major snow storm. Furthermore, the researchers observed that in the same period, 60 percent of all hospital admissions, as well as deaths, were caused by heart attacks in men. This data suggests that heavier snowfalls are associated with a higher risk of heart attacks in men shoveling snow.

Men were found to have a particularly high rate of hospital admittance, 16 percent higher than women and 34 percent higher risk of dying a from a heart attack in the days following a heavy snowfall, than in other regular days. This link was not observed in women.

The scientists believe the association between heart attacks and heavy snowfalls was determined by the fact that men are more likely to shovel snow compared to women. This link backs up a previous suspicion in the medical community that shoveling snow can increase the heart attack rate at the population level.

Doctors believe that shoveling snow strains the heart since men have a tendency to exhale hard with their mouths closed. Furthermore, using their arms quite intensively and repetitively increases the chance that parts of clogged arteries will break off, besides the fact that cold temperatures cause the constriction of blood levels, which only increases the danger posed by the strenuous activity of shoveling snow.

However, the researchers emphasized the fact that the study did not prove a causal effect between shoveling snow and heart attacks. The study was published on February 13, in the Canadian Medical Association Journal.