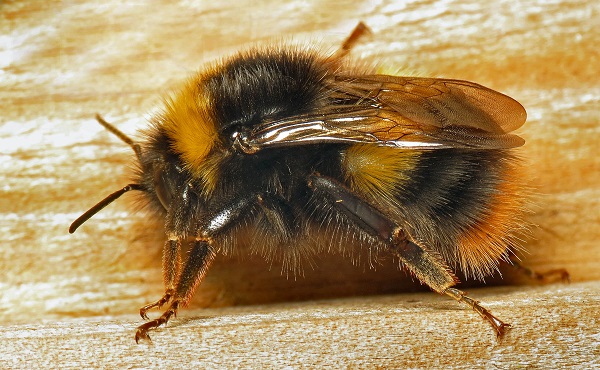 Bumblebees were trained to move a ball into a goal for a reward.

Bees play an important role in our ecosystem, as we heavily depend on the little insects. However, we do not know as much as we would like about them. For this purpose, scientists wanted to discover how their brains worked. Therefore, they developed an experiment where several bumblebees were trained to play a sort of simplistic soccer.

The experiment was detailed in a new study published in the journal Science, by a team of researchers from the Queen Mary University of London. The study reveals how the researchers were able to teach the bumblebees to push a small ball into a goal, as a way to receive a sweet reward. Scientists believe that the behavior of the insect means that it has an abstract understanding of the game, which goes beyond mimicry.

The fact that the bees were able to easily learn the mechanics of the experiment/game by discovering the role of the ball, means that the bumblebees can join the ranks of other animals who are able to use tools, besides primates, birds, and cetaceans.

According to Lars Chittka, a co-author of the study and a professor at the School of Biological and Chemical Sciences(QMUL), the study’s findings completely refutes the idea that the small brain of insects limits the behavioral flexibility and their learning abilities.

The recent study involves an experiment and a behavior which the bees wouldn’t normally do in the wild, but they were able to grasp its abstract concept, unlike previous experimental studies which showed that bees are capable of pulling strings to a receive an ambrosia reward, which may only be an extension of their instincts. This type of behavior is commonly found in bees while performing their routine activity in nature.

However, researchers wanted to try something different for their experiment. They decided on a test that does have any association with the natural behavior of bees. The searchers wanted to see if the bee was able to roll a ball into a small hole, in order to receive sugar water.

The researchers were required to trained the bees at first, but they were able to quickly learn and pass on their knowledge to other bees, which provides a better understanding of the bumblebee’s behavior.