You are here: Home / Health / Jupiter Medical Center Will Be Using The IBM Watson 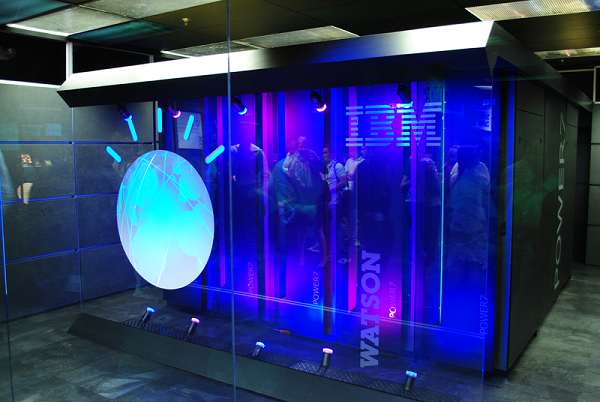 The Florida-based Jupiter Medical Center will start using the IBM Watson for Oncology.

The Florida-based Jupiter Medical Center will be the first community hospital to start using the IBM Watson for Oncology. This latter is an AI-based technology which should help doctors offer personalized cancer treatments.

IBM’s Watson is developed by the IBM DeepQA project. It is a question answering computer. The system is powered by artificial intelligence or AI. This allows it to answer questions. And these can be posed in a natural language. As the system is AI-based, it is also capable of learning.

It will keep evolving as it receives information. As such, IBM’s Watson should get “smarter” the longer it is used. And it should also offer better responses.

This is also true for the IBM Watson for Oncology. This segment has been specifically developed for a medical use. It is meant to help offer case-oriented cancer treatments.

Watson is already being used in the medical field. Back in 2013, it was first introduced at the Memorial Sloan-Kettering Cancer Center in New York. There, it helps with making utilization management decisions. But only for lung cancer. Since then, it has also started being utilized in other facilities as well.

Now, it will be introduced in the first U.S. community hospital. Situated in Jupiter, Florida, the Jupiter Medical Center will be first to utilize the AI system.

Its goal will be similar to the one presented above. Watson should help the Jupiter Medical Center physicians decide on the best possible patient treatment. It will do so by offering insight into each case. And by offering access to its large databases. The system has more than 4TB of stocked memory. And that when it is offline.

The Watson for Oncology can sort through over 300 medical journals. And another 200 textbooks and 15 million pages of text. This process will take place simultaneously and automatically.

Watson is designed to sort and rank such medical literature. Then, the system compares the results with the submitted patient records. It will then provide the resulting information to the doctors. Based on it, the oncologists could decide on the best treatment method.

Couris stated that the hospital is proud of the partnership. It will be a significant investment. One that could help them offer one of the best cancer treatment programs. Dr. Abraham Schwartzberg also offered details. He is the Jupiter Medical Center Chief of Oncology.

According to him, the medical facility will be adopting the AI system due to its impressive medical applications. It will be helping the physicians in providing cutting edge treatments. And this will be selected for each individual patient, according to need.

Schwartzberg also points out the following. IBM’s Watson will also help them keep up with the medical news. The doctor pointed out that no physician could be able to keep up, on their own, with all the data influx.

Schwartzberg also applauded the system. And pointed out its power and utility. According to him, the system should continue expanding its use.

IBM Watson for Oncology will start being used at the Jupiter Medical Center sometime in about a couple of weeks. Presently, the clinicians are being trained on how to best operate the system. Also, the AI system will be used in establishing the treatment for all cancer types.