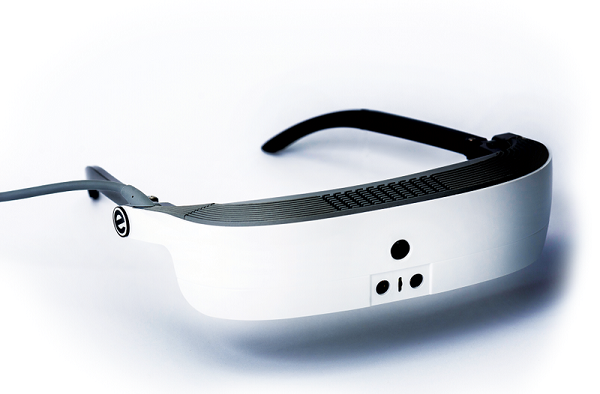 Blindness can be a horrible condition to suffer from, even more so if you once knew the colorful world you are now unable to see, which could also lead to some negative emotional states. However, new high-tech glasses promise to restore vision to the blind.

A Canadian company called eSight has developed headset which most looks like a visor from Star Trek, which uses a high-definition, high-speed camera to enable legally blind people to see. One of the first recipients of the high-tech glasses is Yvonne Felix, 36-year old mother of two, who began to lose her eyesight from childhood.

Thanks to the eSight visor, Yvonne is now able to see the details of the world around her, the expressions of people’s face, while without the visor she can only see blurry shadows. The device has improved her life, and how Yvonne is a spokeswoman for the company.

The actual product looks like a hybrid between a virtual reality and headset and a normal pair of glasses. They are larger in size than any standard glasses, but smaller than the headsets, without being uncomfortable if you plan on wearing them for long periods of time.

The eSigh high-tech glasses even fit over prescription glasses thanks to a pair of magnetic, elastic bands. The front of the device includes a 1080p camera which captures a live video of everything in its range. The video is sent to a processing unit which can be kept inside a purse of a pocket. After the video has been processed, the final result is sent to a pair of OLED screen.

This enables the blind person wearing the headset to see clear images in full color, without any lag, and they can even zoom in. It also doubles as a photo and video capturing device. According to Brian Mech, the CEO of eSight, the device enables instant auto-focus between long-range, mid-range and short-range vision, for when you need to read a book then quickly switch to watching TV or looking outside, at distant objects.

The eSight high-tech glasses were first released in 2012 and cost $15,000 initially. Now, it has a price tag of $9,995, which enabled thousands of people to try out the device and see clearly again.