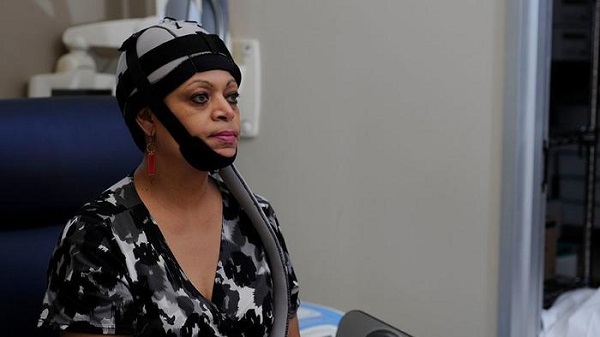 Cooling caps may reduce hair loss in women during chemotherapy.

One year after the US Food and Drug Administration approved the testing of a cooling cap system as a way to prevent hair loss of patients who are undergoing chemotherapy, a new clinical trial strengthens the case for the wide use of similar devices.

For their study, researchers from the Baylor College of Medicine in Houston tested a new but similar device called the Orbis Paxman Hair Loss Prevention System on 95 breast cancer patients which randomly received a cooling cap for testing. The clinical trial reveals that the device helped 51 percent of patients to maintain a good amount of hair after four rounds of treatment. This is a significant improvement compared to the patients who did not receive the device and who lost all their hair after rounds of chemotherapy.

Hair loss happens during chemotherapy because the treatment kills cells that divide rapidly, a trait specific to cancer as well as hair cells. The idea of a cooling cap is to reduce the amount of hair loss by reducing the amount of the chemotherapy drugs to the cells on our head. This is possible by cooling a patient’s scalp to around 66 degrees Fahrenheit. The cooler temperature leads to the constriction of blood vessels reducing overall blood flow to the region by 20 to 40 percent. This means that the chemotherapy agent which travels through the bloodstream will also reach hair cells in reduced quantity.

During the clinical trial, breast cancer patients wore the silicone cooling caps for 30 minutes before beginning the treatment. They kept the cap during the entire time of the chemotherapy as well as 90 minutes after the treatment was over.

To examine the results, the researchers brought in independent evaluators to determine how the patients’ hair looked like without knowing that they wore a cooling cap during chemotherapy.  The study will include a follow-up period with the patients for up to five years to determine if the reduction of the chemotherapy agent to the scalp leads to the development of cancer cells in the area.

The clinical trial was funded by the Paxman Cooling company, the producer of the cooling cap which is meant to replace the DigniCap Scalp Cooling System approved by the FDA last year.