You are here: Home / Health / Child Obesity Is Partly Genetic 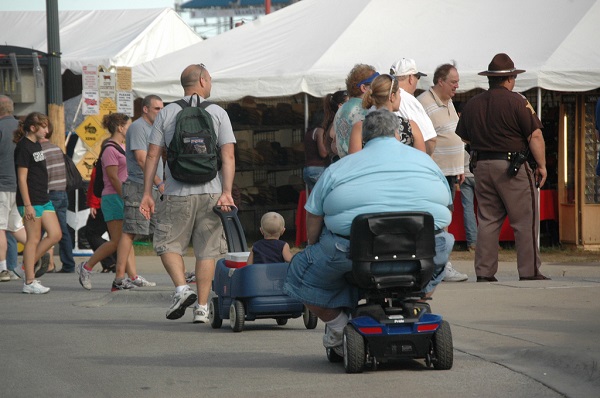 A new study found that child obesity is partly genetic.

Obesity is growing problem worldwide, not just the United States, which has among the highest rates of obese people in the world. It’s not only a problem of aesthetics but it can also lead to several other health risks such as heart disease, diabetes, and others.

It has become quite common to blame obesity on the lifestyle and choices of each individual person afflicted by the condition. However, a new study has found that child obesity can be partly genetic. More specifically, kids have a 35-40 percent higher chance of being obese if their parents suffered from the condition.

The study’s finding can be applied generally to all types of BMI. Basically, the body-mass index of parents can be genetically transmitted to their kids. However, the researchers found that severely obese children, they had a 55-60 percent of chance of inheriting the condition from their parents. This means that genetics and overall family environment could have a bigger impact on the condition of the child that whatever he is eating.

The study, published in the Economics and Human Biology journal, involved BMI data of more than 100,000 children and their parents, from six different countries: UK, US, Spain, China, Indonesia, and Mexico.

The lead author of the study, Peter Dolton, a professor at the University of Sussex, Britain, stated that:

This shows that the children of obese parents are much more likely to be obese themselves when they grow up – the parental effect is more than double for the most obese children as compared to what it is for the thinnest children.

The findings of the study should make people reconsider that their health choices are also reflected on their kids. Additionally, the results should make us reconsider the common preconception that child obesity is determined by a person’s choices, as genetics and other family factors having been discovered to play a bigger part.