You are here: Home / Technology / TwitchCon 2017 Dates and Location Revealed 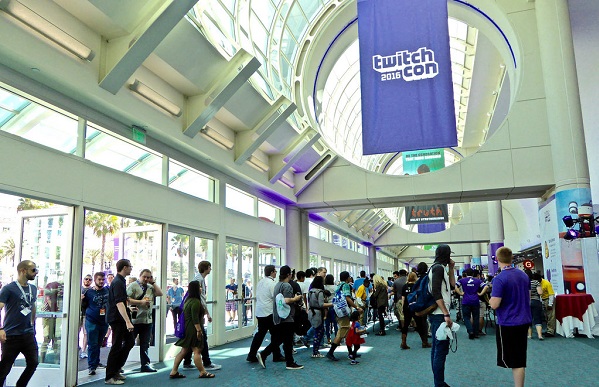 TwitchCon 2017 dates and location has been revealed.

Twitch is the world’s leading video gaming streaming hub, with millions of viewers each month. As such, any large community seems to have a convention nowadays, and Twitch members are not the exception. The company has recently announced the dates and location for its TwitchCon 2017 event, which will be third such event for Twitch.

The convention will take place over the course of three days, the TwitchCon 2017 dates are from October 20 to October 22 in Long Beach, California. More specifically, the Twitchcon 2017 location will be in the city’s Convention & Entertainment Center which hosts an impressive theater as well as a large arena, which provides ample space where visitors can indulge in their favorite games and socialize with other members of their community.

Furthermore, Long Beach’s center is surrounded by around 150 restaurants in a 10-block radius in case all the on-scene food vendors will get overwhelmed or if the visitors prefer a more conventional dining experience. The city has three nearby airports and a high number of hotels ready to accommodate all the TwitchCon 2017 visitors while providing better rates than any of the company’s previous convention locations.

According to a statement issued by Twitch, the company has negotiated several travel discounts for its members as well as secure a limited number of hotel rooms at a reduced rate in close proximity to the convention center. The company also recommended that those interested in joining the convention should book their accommodations early, especially since group rate rooms are limited and on first-come-first-served basis. Twitch members can make their reservations without complications by using the company’s online booking system.

TwitchCon 2017 will be directed by Krystal Herring. She served as a manager for dozens of marketing events over the last two years. Her responsibilities mainly included staff managing, travel as well as ticket operations. Overall, she has over 10 years of expertise in event management and planning. Herring added that TwitchCon 2017 will feature a newer and broader scope of content than any other previous convention.

Any other details regarding specific events, feature during the convention as well as TwitchCon 2017 tickets price and availability, and not to mention the official schedule of the convention will gradually be revealed as the official date for the event comes closer.