You are here: Home / Health / Sugary Drinks Are Still A Nation-Wide General Habit 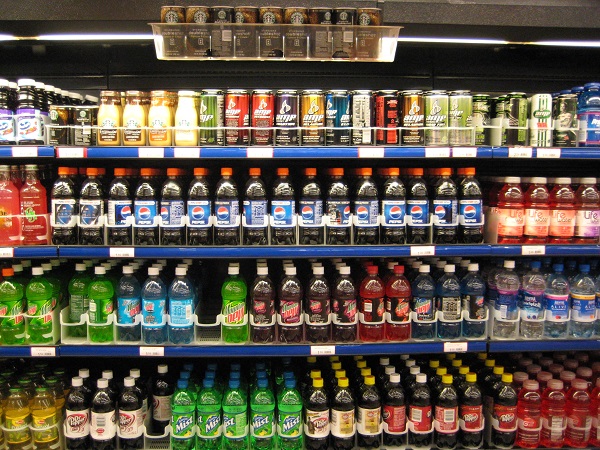 The nation is still drinking too many sugary drinks according to a study released by the CDC.

The nation is still drinking too many sugary drinks as a study released by the CDC shows that both children and adults drink at least one or two such beverages every day.

Sugar-sweetened beverages are also known as sugary drinks. They can contain any form and type of added sugars. Reports show that they make up for the highest daily sugar intake. Added sugars include both syrups and other caloric sweeteners.

Added sugar has been associated with various health issues. They are most commonly linked to weight gain. This may lead to other, more serious issues. Excessive drinking can lead to obesity, type 2 diabetes or heart problems. And these are just a few examples.

Most health issues are related to quantity, rather than the product itself. Sugary drinks start becoming a problem when they are regularly drunk in high quantities.

And the CDC set out to analyze the nation’s drinking habits. CDC is the U.S. Centers for Disease Control and Prevention. The center released its study results earlier this week. They were published on January 26.

The authorities carried out two surveys. One of them targeted children and teenagers. The second concentrated on adults. Both reports used data collected in between 2011 and 2014.

This data was collected by two national surveys. Or more exactly, the National Health and Nutrition Examination Survey. The first targeted the 2011 – 2012 period. And the second concentrated on 2013 – 2014.

Report results varied in accordance with a few factors. The first was the participant’s age. One of the reports specifically focused on youth aged 2 to 19.

And they were seen to consume the highest quantity of sugary drinks. Around two-thirds of the survey participants drink at least one such beverage a day. More exactly, that would account for about 63 percent of the interviewed youth.

But they are not the only ones. Almost half of the participating adults exhibited the same habit. 49 percent of them admitted to drinking at least one sugary drink every day.

Sugar-sweetened beverage habits were seen to greatly differ. In between children, the daily sugary drinks intake was seen to increase with age. Teenagers were seen to drink the most such beverages. Their results were compared to children in between 6 to 11 and 2 to 5 years old.

Amongst the adult group, the matter stood quite on the opposite side. They were seen to consume less sugary drinks as they grew older. The highest intake was registered for the 20 to 39 age group. From then on, the daily average started dropping.

Things were also seen to vary amongst genders. Boys and men were noted to drink more sugar-sweetened beverages. And girls and women less. As such, their daily calorie intake also differed.

Gender and race differences were also noted. For example, most boys consume similar amounts of sugary drinks. Asian boys were noted to intake less such drinks.

Still, a fact is generally applicable. The nation is still consuming too many sugary drinks every day. A health guideline has already been released. It is called the 2015-2020 Dietary Guidelines for Americans. This recommends people to cut back on their daily amount of added sugars.

It should account for no more than 10 percent of the total calories number. They should also cut the daily quantity of sugary drinks. Beverages with no added sugars are highly recommended.

Consumers can still have sugary drinks. But they should try to limit their daily number. And even better, space out the intake days.