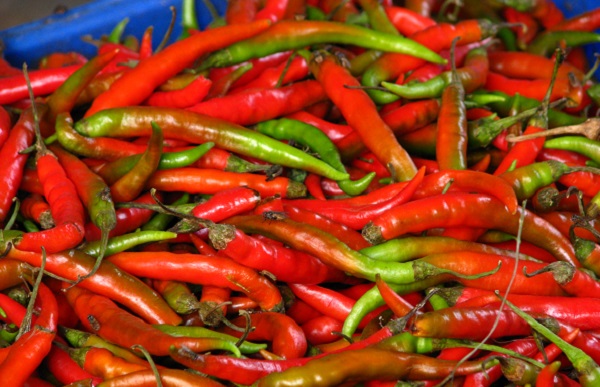 A new study finds that eating spicy food leads to a longer life.

Although scientists are not yet able to reverse the effects of inevitable aging and decay of our bodies, the next best thing would be to eat spicy food if you want to live longer. Researchers were able to associate the consumption of spicy food like chili peppers with a reduced risk of mortality.

Most people prefer eating what they enjoy and not necessarily what has the best health benefits. However, if you dislike eating spicy food, a new study reveals that you should reconsider if you want to have a life as long as possible. More specifically, the researchers identified an association between eating red hot chili peppers and a reduced risk of mortality, prevention of obesity as well as several cardiovascular malfunctions.

The study was published in the journal PLOS ONE by researchers Benjamin Littenberg and Mustafa Chopan from the Larner College of Medicine, University of Vermont. They analyzed the health records of around 16,000 people registered with the National Health and Nutritional Examination Survey.

The researchers took into consideration the amounts of spicy food, specifically the red chili pepper, each participant ate during their lives and how it correlated with each one’s cause of death. The scientists were able to determine that the individuals who ate the peppers regularly lived longer with a 13 percent risk of mortality from heart attacks and strokes compared to those that did not eat any spicy food at all. Their findings corroborate the results of a previous study conducted by Chinese researchers in 2015.

That study involved the analysis of chili pepper consumption patterns of more than 199,000 men and over 288,000 women with ages between 30 and 79-years old at the start of the study. They also discovered that people with higher chili pepper consumption levels had a reduced risk of mortality than those who did not eat the peppers regularly or enjoy spicy food in general.

The study adds to growing body of knowledge regarding the health benefits of eating chili peppers. Previous studies have shown that the vegetable can help reduce a number of bad cholesterol levels in the arteries and prevent obesity. They can help regulate coronary blood flow if eaten regularly as well as having antimicrobial properties.