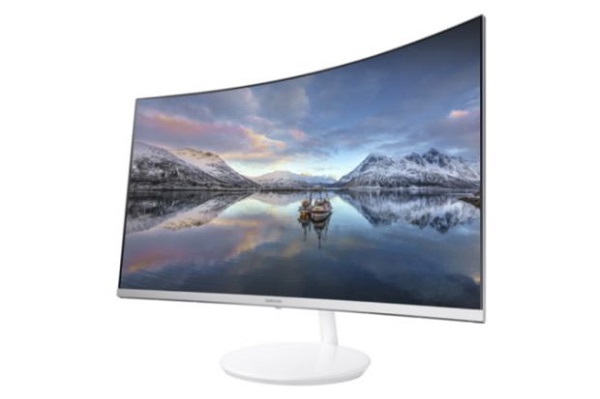 The Consumer Electronics Show is just a few days away and major tech companies are already starting to tease a few of their upcoming products which will be available for testing on the showroom floor. Among these products is Samsung’s new Quantum Dot curved monitors meant for gamers.

Curved screens have not yet seen large adoption, especially so for TVs as it can cause certain reflections from a greater distance. However, as people sit closer to monitor this issues is not prevalent for monitors and has been more successful than curved TVs. Samsung hopes to continue on the momentum of curved monitors with a new series of devices which come with quantum dot technology, providing an immersive and cutting-edge viewing experience.

As of yet, Samsung has only revealed one monitor of their entire upcoming line which will be fully unveiled at CES in a few days. The CH711 model comes in either a 27 or 31.5-inch version, at a resolution of 2560 x 1440, supporting 125 percent sRGB color coverage. The monitor will feature a 1,800R curvature with a 1,800-mm radius across its width.

Quantum dot technology is an appealing name for gamers looking to have the best screens on the market. It consists of semiconductor nanocrystals which work together to render more accurate colors and overall brighter display as well as being more power-efficient. The technology has been around for a few years now but wasn’t available to consumers as the manufacturing process was initially very difficult.

Thanks to certain breakthroughs in the screen industry they have become more feasible to manufacture. As such, it seems that Samsung is willing to dedicate its resources in producing and marketing the new monitors.  The company has both the know-how and the infrastructure needed to efficiently promote these types of quantum dot monitors to gamers.

During CES, besides unveiling its full line of quantum dot devices, Samsung will also bring the previously announced CFG70, which is another curved monitor for gamers, initially showcased in October. The monitor is available in 24-inch and 27-inch variants which are available now.

What monitor do you have? Are you looking forward to buying one of Samsung’s new quantum dot monitors?