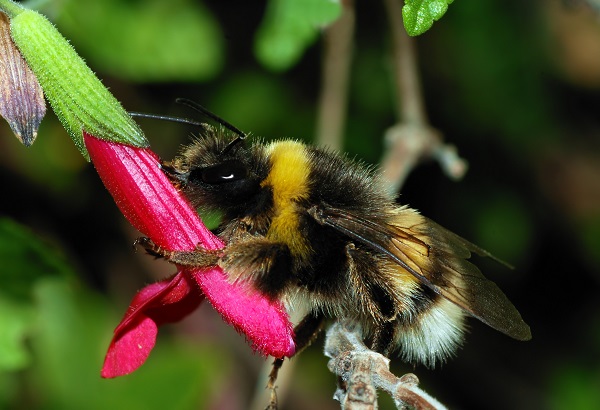 Wildlife officials have declared the rusted patch bumblebee as endangered.

Bees, as well as any other pollinators, play an important role in the overall ecosystem, their fate is intertwined with ours to some degrees, especially if can’t find something to replace their function in nature. In recent years, bee colonies have been in a sharp decline across the world but the rusty-patched bumblebee native to states like Wisconsin and Minnesota is in particularly dire straits.

As much as humanity likes to think that we can survive without preserving nature, this is not particularly true, as bees play an essential role in maintaining a sustainable environment. However, after years of causing damage to bees by using various noxious chemicals like pesticides, the US Fish and Wildlife Service has finally declared the rusted patched bumblebee as endangered.

This mark the first time that a species of bee native to the mainland United States will be placed on the organization’s list of endangered species. The bee was once very common across all the Midwest region of the US and its 28 states as well as in large parts of Canada. However, over the last two decades, it has seen a dramatic decline of almost 90 percent of its peak range. As a consequence, the bumblebee can now only be found in several states like Ontario, Wisconsin, and Minnesota.

Furthermore, the remaining bee colonies of this particular species are relatively small and isolated. This is a big problem which could only serve to hasten the demise of the bee. Scientists believe that the main reason for its decline in the range is a combination of factors such as climate change, habitat loss, diseases and especially a type of pesticides known as neonicotinoids.  These types of problems also affect other pollinators such as butterflies.

The decision of the Fish and Wildlife Service to add the rusted patch bumblebee to Endangered Species Act was motivated by the hope that it will lead to efforts of restoring the bee’s populations across the Midwest. However, this decision comes only years after scientists and conservation groups requested the protection of the bee.

According to Tom Melius, the Midwest regional director fo the Fish and Wildlife Service, the endangered status of the bee could help mobilize partners as well as focus resources on finding new ways to stop the decline of the bumblebee populations and even restore them.