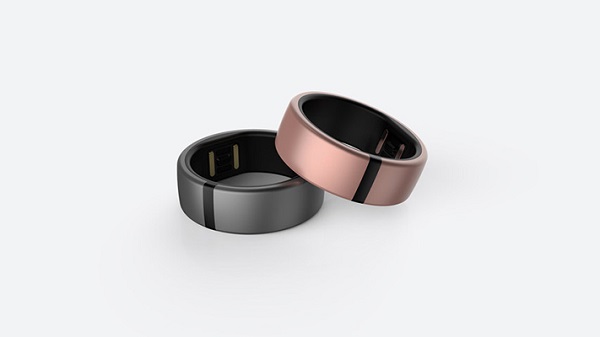 Motiv unveiled its new smart ring which acts as a fitness tracker.

There are a lot of fitness trackers currently on the market, not to mention the fact that both smartphones and smartwatches can fulfill the same function. With the Consumer Electronics Show underway, new smart devices are making their debut.

Among some of the new innovations seen on the showroom floor, Motiv’s new smart ring manages to attract the attention of many consumers. The concept isn’t as new as many would think, but fitting smart technologies inside a ring proves slightly more difficult that you can imagine.

Motiv seems to be the first company to find the perfect formula between style and functionality. The smart ring is light, just slightly bigger than a standard men’s ring, and it even comes in two colors, rose gold and gray.  According to the company, the smart ring comes with a very light titanium shell, which is meant to provide a certain amount of protection to the electronics underneath.

The ring is powered by a small curved battery, which itself is charged through a magnetic dock that plugs into a standard USB port. The charging dock is included with the smart ring. The company is even shipping the product with two charging docks, which can be installed on a keychain for easy access.

The smart ring does not feature any display, as such, it transmits data through Bluetooth to a smartphone app, where you receive the specific statistics of your activity. The ring comes equipped with a heart rate. This allows it to measure your activity periods and the amount of time you are sleeping or relatively inactive.

The overall purpose of the ring is to remind the user to stay active for at least 150 minutes a week.  This provides the user with more of an abstract goal rather than for example walking 10,000 steps or a specific amount of calories burned. Nonetheless, the ring can measure the number of steps, and several other metrics which are displayed on the smartphone app.

Other companies have tried to develop a smart ring, but most devices encountered difficulties in creating a functional long-lasting curved battery. Motiv stated that they were able of developing their own battery, and the smart ring in currently in production after an extensive beta test period.

The smart ring can be pre-ordered starting today for $199, with an eventual release in the Spring of this year.