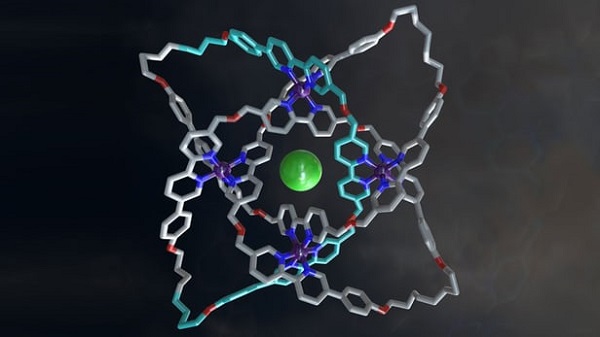 Scientists have developed the world’s tightest knot at the molecular level.

Knots can be quite frustrating to deal with, from shoelaces to a more modern issue of having your headphones’ cord twisted. However, scientists have long wanted to find a way to arrange molecules in such a manner as to form a knot. A new study reveals how a group of researchers were able to create the world’s tightest knot by twisting molecules.

Jean-Pierre Sauvage, last year’s Nobel Prize winner in chemistry, was the first one to create a simple molecular knot. However, in a study published in the journal Science, a team of chemists reveals how they were able to take his work even further and manipulate molecules in such an order as to create the world’s tightest knot.

David Leigh, a researcher at the University of Manchester, in the UK, emphasized the important role that knots played for the evolution of technologies throughout our history.  More specifically, he uses the discovery of knots in prehistoric times as the source of innovating tools like clothes and fishing nets. Now, researchers hope to discover similar important revolutionary technologies using knots at the molecular level.

The one detailed in the study is the most intricate and tight knot in the world, at least for now. It has been designed to tie itself in a test tube, as the molecular strands are able to wrap themselves metal ions, which act like knitting needles. The end result of the process looks a lot like a Celtic knot.

Molecular weaving and knots allow scientists to develop new technologies and materials with different properties. The world’s tightest knot created by the team of chemists has a total of eight crossing and measures only 192 atoms longs.

Scientists have claimed that their discovery has an amazing potential for a number of potential applications but further research is still required into this matter.