You are here: Home / Health / Mediterranean Diet Might Help Stop The Damages Of Old Age 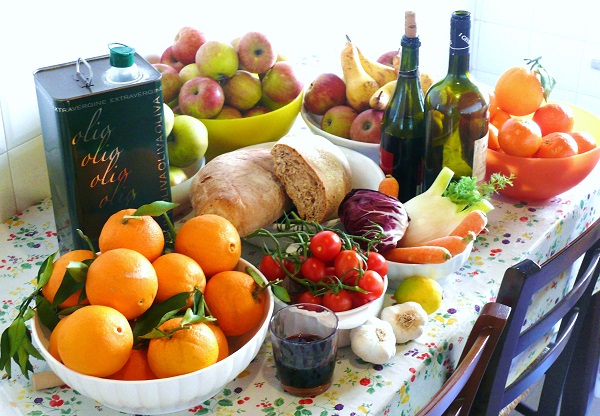 Research established that a Mediterranean Diet might help stop the effect of aging on the brain.

A new research has established that a Mediterranean Diet might help stop or at least slow down the effect of aging on the brain. This latter is a nutritional recommendation. It is based on the Mediterranean eating habits from the 1940’s to 50’s.

There are a few countries that are recognized for their longer living citizens. Other are also known for their older and healthier population. One such region is the Mediterranean.

The lowered risks were potentially linked to the Mediterranean diet. Now, a team of scientists has gone to update the findings. More exactly, a team of Edinburgh University researchers carried out a new study.

Research results were released earlier this month. They were published in the Neurology journal, a highly-held publication. Dr. Michelle Luciano went to offer details. She is the lead author of the research.

The team went to analyze a long-held belief. This stated that the Mediterranean diet could have actual health benefits. These usually targeted the body. Still, the new study showed that it may be beneficial for the brain as well.

Research revealed that elderly people following the diet lost less of their brain volume. This effect was followed over a three years period of time. Mediterranean diet results were compared to those of the usual eating habits.

The aforementioned lead, Luciano, explained as follows. As people get older, their brains were noted to shrink. They were also seen to lose brain cells.

Loosing cells may have quite an impact on the brain. It may lead to memory and brain function issues.

Data for the research was gathered from about 1,000 people. They were all Scottish residents and were 70 years old.

At the beginning of the study, almost half of them had to an MRI scan. A follow-up scan came three years later. Researchers analyzed and compared the beginning and end MRI scans.

All of the involved participants also offered dietary information. As such, it was determined that those that stuck most closely to the Mediterranean diet had a bigger brain volume. The results emerged as a comparison to other eating habits.

According to the researchers, dietary habits can account for brain volume variations. More exactly, they can explain about 50 percent of such differences.

These research results could come to potentially confirm other dietary theories. More exactly, those related to fish and olive oil. Fish is quite commonly believed to have a positive impact on the brain.

A regular consumption of olive oil is also believed to have a positive effect. Preliminary tests on the matter suggest that this may help reduce all-cause mortality. It could also possibly reduce neurodegenerative, cardiovascular, and chronic diseases.

Fish is also eaten in high to moderate quantities. Dairy products and wine are also consumed moderately. Non-fish meat products are eaten quite on the low side.

The Mediterranean diet is already close to the National Health Service official healthy eating advice. More research on the matter may be needed. Further studies could potentially analyze the diet’s relation with specific brain diseases.