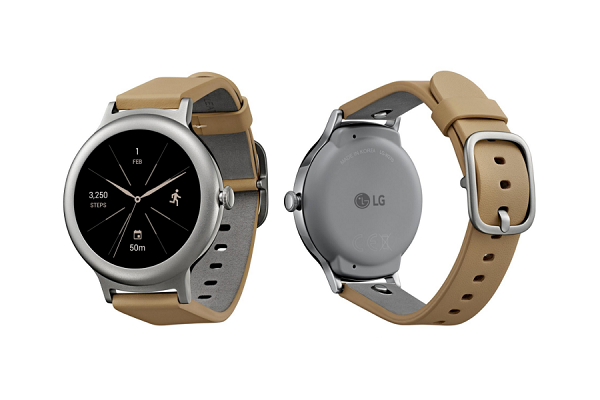 Before Google launched its own smartphone line known as Pixel, the company previously put their brand name on devices made by other companies which led to the creation of the Nexus series. Now, Google is aiming to do the same with smartwatches as it prepares to unveil two new flagship devices coming with the release of Android Wear 2.0.

The new operating system will go live next month and besides old smartwatches getting it as an update, new devices will come with it preinstalled. Among them is the LG Watch Style, one of the two devices made by Google in collaboration with LG.

The reveal comes from Evan Blass, a prolific tech leaker. He shared the image of the Watch Style on Twitter, and features the design of the device in two color variants, silver and rose gold. The smartwatch seems to also feature a metal case and leather strap. Although no other details were revealed, many believe that this smartwatch will not feature a heart rate sensors, instead, it will focus more on design aesthetics.

The heart rate sensor, mostly used by sports enthusiasts, will very likely be included into another upcoming smartwatch from LG known as the Watch Sport. Previous reports about this smartwatch version have suggested that the device will feature a 1.38-inch 480 x 480 display, 768MB of RAM, and will be powered by a 430 mAh battery.

Besides the design of the Watch Style smartwatch, a new report issued by Android Police reveals that the device will have a starting price of around $249, with the Watch Sport to be the more expensive one. The Watch Style has been rumored to have a 1.2-inch 360 x 360 display with only 512 MB of RAM, and a 240 mAh battery.

If the rumored price point of the Watch Style is confirmed, then it would make the device considerably cheaper than the initial price of smartwatches at launch. It’s worth considering that the price will likely increase as LG adds more add-ons and features. Furthermore, the starting price tends to only apply to a specific variant of the smartwatch. Choosing to have higher grade materials and straps will very likely increase the price of the Watch Style, much like any other smartwatch.