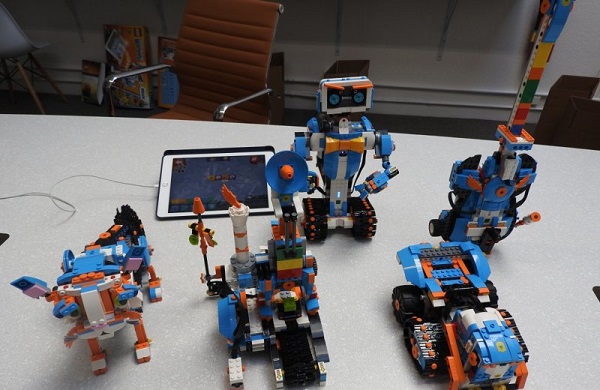 A previous study revealed that investing in Lego was more profitable than in gold. This doesn’t come as a surprise for those who know the amazing benefits that Lego, which started and still is a toy for kids and adults alike. Lego Mindstorms programs taught a lot of teenagers how to program robots. At CES 2017, the company will unveil their newest initiative, Lego Boost.

Lego Boost consists in five different toy robots, which will be officially unveiled at CES in a few days. However, Lego hosted a demo presentation with one of their upcoming robots, Vernie. The presentation was led by Simon Kent, the lead designer of the Lego Boost program.

While Lego’s previous program, Mindstorms, was developed with teenagers in mind, as they actively learning about programming, Lego Boost is aimed at a younger audience. More specifically, Lego Boost empowers young children to bring their very own models to life and learn about coding by programming them to do various small tasks.

Kent stated that the Lego Boost program is designed for kids ages seven and older. Lego which is like the real-world alternative of Minecraft, the popular building game, is another great way to allow kids to learn more about practical aspects such as coding from an early age while still having fun. The Lego Boost program combines the versatility and limitless play of a traditional Lego set with that of the capabilities of a robot.

Kids can tinker with both the design of the Lego Boost robots as well as their coding. The main interface for coding the robots consists of an app, which allows for easy to learn programming and coding modifications. The app offers building instructions, overall guidance, and even simple coding commands. Kids can easily create a different behavior for the robot by simply linking digital coding blocks in the app, featuring more than 60 types of activities.

The Lego Boost platform has a Move Hub at the center, consisting in a brick covered in stud and a built-in sensor. Children can easily build on it by adding motors and other Lego elements.  The program involves the five following models: Vernie, a more standard version of a robot, Frankie the Cat, the Multi-Tool Rover, the Autobuilder, and the Guitar 4000.

The entire Boost set of toy robots will be available in the second half of 2017 for $160, while the Android and iOS app is free.