You are here: Home / Science / Invasive Grass Carp Found in the Great Lakes 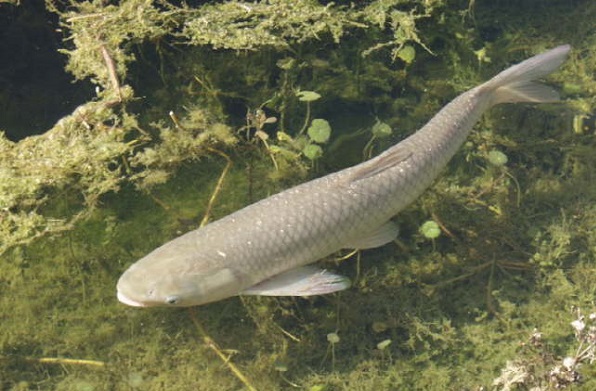 Grass carp has been found reproducing in three of the Great Lakes.

Invasive species pose various levels of dangers to the local ecosystem, and they need to be eliminated if prevention fails. Researchers have recently discovered that the invasive grass carp species has found its way into three of the Great Lakes. Officials are worried about the environmental risk they pose but are confident that they can address the problem before the situation gets out of hand.

The grass carp is one of the four Asian carp species which threatens to reach the Great Lakes, the world’s largest freshwater system located on the surface. These species of fish would compete with the native species for food, as they mostly eat very small plants and animals, while the grass carp feeds on various types of aquatic vegetation that forms the habitat and spawning grounds of the local species.

According to the scientific analysis released on Friday, the grass carp has already found its way into Lake Erie, Ontario, and Michigan. However, officials are uncertain regarding their numbers and how widely they have managed to spread. Researchers have also observed that some of the fish already started to reproduce.

The grass carp was initially introduced in the US in the 1960s as a way to limit the spread of weeds in waterways. However, some have managed to escape into the Mississippi River and started to migrate north towards the Great Lakes. Wildlife officials have known for some time now that a small number of carp were already in the Great Lakes, while more could have been released by people, either intentionally or accidentally.

However, in recent years, the numbers of grass carp have grown and has developed into a full invasion of the local ecosystem. Scientists are worried by the fact that some of the grass carp that were caught were fertile, despite all the local grown grass carp should have been sterilized before being released.

Scientists involved with the study recommend taking appropriate steps to remove the fish from the most heavily invested lakes before the situation gets out of hand. They believe that the invasive carp species will become fully established in the currently infested lakes in up to ten years.

What do you think about the dangers of the invasive carp species?