You are here: Home / Science / Hurricane Research Helps Clear Up Some Atlantic Facts 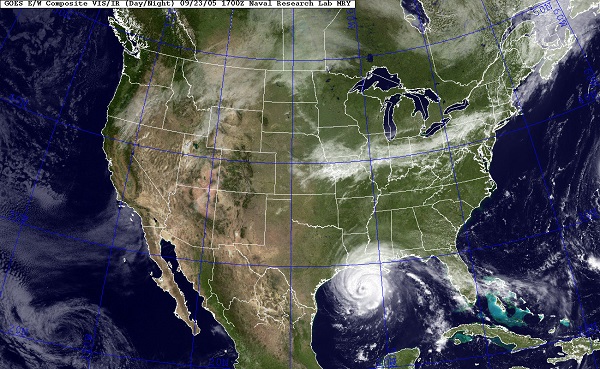 A recently released hurricane research went to outline some fact and offer potential explanations for the recent Atlantic region active period events. In recent years, America has been hit by quite a number of hurricanes. As these seem to be getting stronger, the continent was nonetheless spared from the worst. Although very powerful, most hurricanes were noted to decrease in intensity.

This usually happened before they could even further damage or destroy everything in their path.

A researcher took to studying this phenomenon. He was interested in determining the reason behind this apparent protective shield.

James Kossin took to studying the active Atlantic hurricane periods. He is a scientist part of the National Oceanic and Atmospheric Administration or NOAA National Centers for Environmental Information.

The atmospheric research scientist is out of the NOAA Cooperative Institute in UW-Madison. His research was released earlier this month. It was published in the Nature journal.

The study was released on January 04 and was titled as follows. “Hurricane intensification along United States coast suppressed during active hurricane periods.”

Kosin went to analyze two sets of data. Both were gathered in between 1947 and 2015. A first dataset targeted hurricane observations. The 23-years old historical records were maintained by the National Hurricane Center of the United States.

Previous hurricane research revealed the specific elements that might lead to such an event. Hurricanes develop due to an exact set of factors.

Nonetheless, other factors were also taken into account. Still, hurricanes depend on the said elements. A weakening or intensification of either can affect the hurricanes.

Hurricane research determined the following facts. The tropics can generate quite a number of hurricanes. These are determined by the said high ocean temperatures of the tropical Atlantic waters. They combine with low wind shears during specific periods.

At the same time, the conditions that create them also lessens their power. A situation can arise when the said hurricanes start losing energy. This happens as they approach the coastlines.

During this transition, they encounter a harsher environment. This latter is characterized by cooler ocean temperatures and wind shears of a higher temperature.

As they have to pass this area, most hurricane stop intensifying. The aforementioned Kossin called this a natural killing mechanism. It was determined to help stop the advancing of stronger hurricanes.

Kossin also pointed out the need for such information. Hurricane research should especially target coastal areas. Such regions should come up with a number of preventive measures.

As such, it could develop potential prevention or protection tactics. Evacuation practices can also be developed.

Still, the current study also raises some questions. For example, it is as yet uncertain how long this natural barrier will actually last.

Another issue may be related to climate change. It has yet to be determined how this latter might affect the current wind and temperature relations. Kossin also advances the possibility of fewer hurricanes in the future. However, these might also be stronger ones.

Kossin points out that this is not a stationary mechanism. As such, the current relation can come to change. It remains to be seen if climate changes will actually have an effect on the natural barrier. Or perhaps, they will not.