You are here: Home / Technology / The 2018 Honda Odyssey Unveiled at the Detroit Auto Show 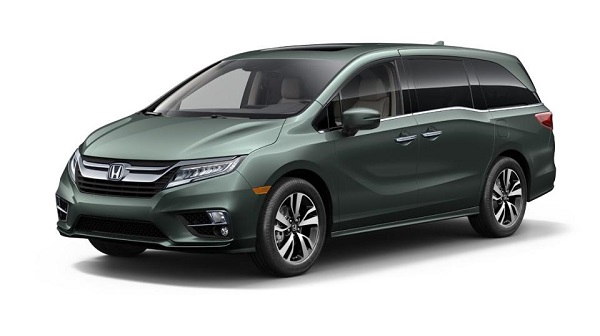 The 2018 Honda Odyssey has been unveiled at the Detroit Auto Show.

As somewhat strange as it may seem, minivans are getting a lot of attention from automakers in this period. From Volkswagen unveiling the reimagined iconic 1960s minivan, to Chrysler’s Portal minivan concept meant for a new future, and the company’s partnership with Waymo which led to a fleet of self-driving Pacifica minivans.

Now, the 2018 Honda Odyssey has been officially unveiled at the Detroit Auto Show. The company decided to upgrade their most popular minivan with individual consumers for a new generation of drivers as it replaces the previous model which has been on sale since 2011.

On the exterior, the Honda Odyssey comes with a more sports redesign coupled with a roof-mounted rear spoiler as well the floating design consisting in the pillar to the rear being blacked out. However, when people buy a minivan, exterior design is among the least of their concerns but it doesn’t hurt if its pleasant to the eyes.

The inside of the car is most important to minivan consumers. As such, the new Honda Odyssey comes with a useful new feature called Magic Slide. It allows users the ability to easily reconfigure the second-row seats, meaning that you can reach the third-row seats even with up two child seats installed in the second-row.

The 2018 Honda Odyssey also comes with new technology and features for an entirely new generation of parents. As many parents would know, keeping track of every child’s behavior in a filled minivan and at the same time keeping their eyes on the road can be difficult. For this reason, Honda developed the Cabin Watch feature. It consists of a camera to monitor the two rear rows of seats and projecting the image on a display screen on the dashboard.

Another useful feature for passenger management is CabinTalk, allowing the driver to easily speak directly to those in the rear rows through the speaker system. The new Honda Odyssey will also offer several other electronic driving aids such as collision warning, lane departure warning, and adaptive cruise control.

The minivan features 3.5-liter V6 engine which offers around 280 horsepower with the option to choose between a 9-speed or 10-speed automatic transmission.