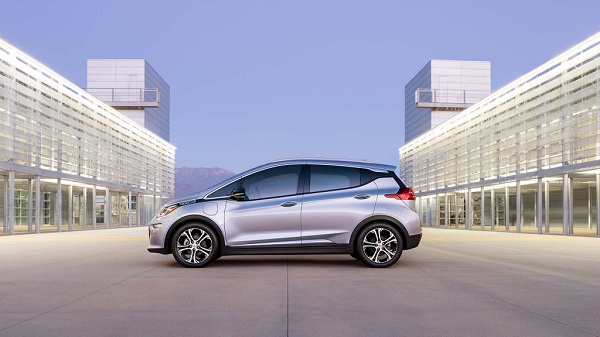 After teasing consumers and industry experts with test drives of the vehicle still in production, which was not fully polished, General Motors has finally released their first generation of the electric Chevy Bolt. GM hopes that the car will be able to bring EVs more into the mainstream thanks to its impressive range for such an affordable car.

The Chevy Bolt EV comes with a five-module battery pack which is located in the floor of the car for a lower center of gravity and increased stability.  The batteries allow the Chevy Bolt to have an impressive range of 238 miles on a single charge. Previous research and studies have concluded that the range anxiety of most users can be avoided if a car has a longer range than 225 miles.

The Chevy Bolt EV was designed in South Korea with Chevrolet building it more like a crossover than anything else. The car provides ample space for up to four people and enough space in the trunk to carry your shopping and groceries.

The top model comes with an instrument panel which features a 10.2-inch screen in the center providing you with all the information regarding it electric operation as well as other connectivity features.  One of the best aspects of the panel is that all the instruments are reconfigurable to your liking.

One of the most pleasant surprises of the Chevy Bolt EV is that its electric motor provides up to 200-horsepower and 266 lb-feet of torque. The car comes with regenerative braking which saves drivers the worry of not being able to brake in time in case of an emergency as the deceleration of the car can be controlled through a paddle behind the wheel.

The Chevy Bolt EV base price is just slightly above $37,000. However, thanks to the federal tax credit, the price drops to just $29, 995. The high-end version of the Chevy Bolt EV will cost you somewhere around $44,000. The car is now available for purchase in California and Oregon, and the entire US in the coming months.