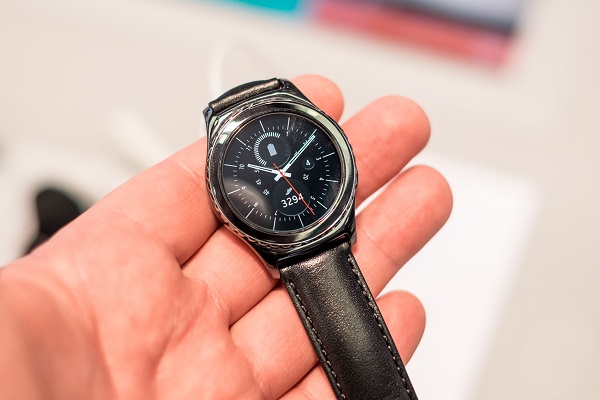 Samsung has launched an iOS app for its Gear smartwatches.

For as long as the industry existed there were barely any attempts for cross-platform integration on devices developed by Apple which had the iOS operating system and those powered by Android. However, it seems that the divide may finally be crossed by Samsung by releasing an iOS app for its Gear smartwatches, which are powered by Android Wear.

Although Apple did not respond with the same gesture for its Apple Watch, Samsung’s newest app allows its Gear S2, S3, and even the Gear Fit 2 devices to pair up with select types of iPhones. The app is currently available on the Apple app store and needs to be download and installed before anyone can connect their iPhone with their Gear smartwatch.

Furthermore, not all iPhones can benefit from this cross-platform endeavor, nor is it clear if all the Samsung Gear smartwatches will perform seamlessly when paired up with an iPhone. Only owners of an iPhone 5, 5S, 5c, iPhone 6, 6 Plus, 6S Plus, iPhone 7 and 7 Plus as well as the iPhone SE running on iOS 9.0 and above, can make of the new added functionality of the Gear smartwatches.

Samsung made the announcement regarding the cross-platform functionality through an e-mail, which revealed that some feature and function of the Gear smartwatches will vary by device. Nonetheless, iOS users are now able to enjoy Samsung Gear S3, with all its functions and features such as water and dust resistance, built-in GPD, barometer and speedometer apps. The e-mail also mentions that iPhone owners can also make use of the fitness trackers feature of the smartwatches. Unfortunately, the Samsung iOS won’t support several of the company’s wearable peripherals such as the IconX wireless earbuds.

Considering the smartwatch market is currently in decline, Samsung decision to reach users on other platforms is a great move on their part as it can offer them access to a previously inaccessible number of consumers. It remains to be seen how successful Samsung endeavor will be or if will motivate other companies which also produces smartwatches to follow in their footsteps.

What do you think about Samsung iOS app for its Gear smartwatches?