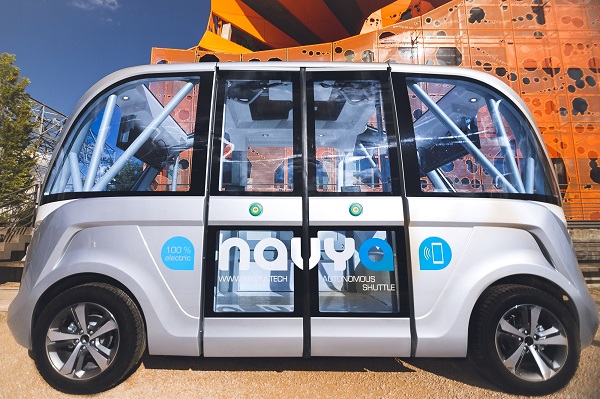 Las Vegas is mostly known for its wide range of casino’s, however, thanks to a new project, the city will become one of the first in the United States to have a fully operational line of electric autonomous shuttles. The self-driving mini-buses are ready to transport people to their next stop.

While they may not be the first electric autonomous shuttles to be deployed on public streets in the US, as Uber has beaten them to the punch in Pittsburgh, nonetheless, it’s one of the first of such services available to the general public.

Although autonomous car testing has gained a lot of ground in the last year, as vehicles are being tested on the public roads of several states in the US, they are not available to the public, as companies experience with vehicles meant for personal use, not public transportation.

The electric autonomous shuttles currently running on the streets of Las Vegas are known as Arma Keolis, were the result of a partnership between Navya which built the Arma autonomous shuttles, and a global provider of transportation systems known as Keolis. The implementation of the project would not have been possible without the support of the local government in Las Vegas.

The mayor of the city, Carolyn Goodman, had the opportunity to ride in the autonomous shuttles and was impressed by its aesthetic and driving capabilities. However, the current program will only be available from January 12 to January 20. The shuttles can carry up to 12 passengers and transport them around a designed portion of the city’s Freemont Street.

The service is open to anyone, as long as you can catch a ride on them. For the purpose of the trial test and overall safety, the autonomous shuttles will only drive at 12mph despite being capable of reaching 27mph. Depending on the success of this limited trial, the companies hope to implement a more permanent service.

The running costs of such a service are estimated to be around $10,000 per month. However, the entire cost if not a large part should be covered by ads found both on the exterior and interior of the bus. Currently, the service is free but it may impose a fee if the ads don’t generate enough revenue to sustain it.