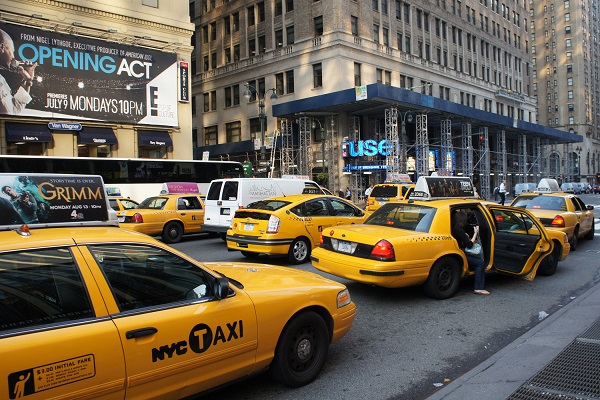 Although many people hold dear the idea of having their own car which they can use to go wherever and whenever they want, this is not at all sustainable for a city, as it creates avoidable traffic problems as well as a lot of pollution.

Researchers previously believed that a drastic improvement in the public transportation services of a city could resolve such problems. However, a new study from MIT reveals that carpool apps could also alleviate them.

The study reveals that New York, one city with some of the worst traffic in the US, could replace its vast fleet of 14,000 licensed cabs with just 3,000 carpool cars. This number of cars shared by a number of people sharing a destination or at least part of the travel would provide the same service but just with a lot less pollution and traffic jams.

Basically, carpooling apps will enable users to find other people interested in reaching a similar destination and share the costs of the travel. At its core, such carpooling with strangers is just as traveling through the public transportation services. However, it seems that private companies like Uber and Lyft, which already have extensive experience and the proper infrastructure can facilitate the transfer process from cabs to carpool apps.

The MIT study last six months and consisted of a research team creating a specific algorithm which showed how 3,000 cars with four passengers can provide the same efficiency in transportation as 14,000 cabs. Furthermore, the study also showed that using a carpool app could provide users with a ride in less than three minutes. This is a major improvement over the difficulty of catching a cab in New York during peak hours.

The algorithm developed by the MIT researchers used data from over 3 million taxi rides in the city. It is able to reroute vehicles based on the requests. Additionally, inactive cars can also be redirected to areas featuring higher demand in order to speed up the service by 20 percent.

The major limitation of algorithms developed by companies such as Uber or Lyft is that all requests must be issued before the route is created. Thus, the driver cannot adjust its route on new requests, which is a massive loss of productivity.

Would you be willing to use carpool apps and services?