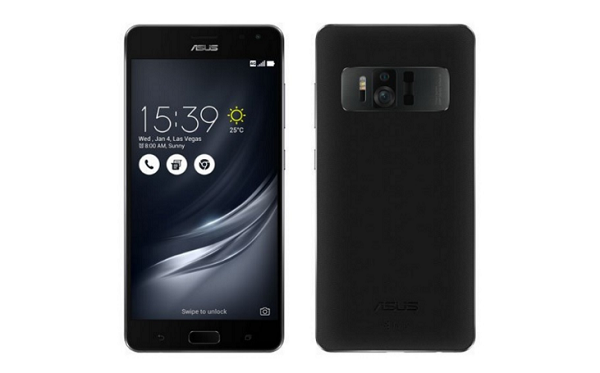 Qualcomm has accidentally revealed information regarding the upcoming Asus ZenFone AR smartphone, which is part of Google’s Project Tango. The information was made public through a blog post which revealed details about its release, specs, and features.

The Asus ZenFone AR was initially meant to be unveiled for the first time at the Consumer Electronics Show, which takes place in a few days. The post also reveals that January 4th would have also been the augmented reality smartphone official release date.

Although Qualcomm was quick to take down the leaked information on their blog, the details of the new device were spread quick among various tech news websites, and a cached version can still be accessed. Furthermore, Qualcomm had information about the specs and release date of the phone because it comes equipped with the company’s Snapdragon 821 processor.

Unlike the first Project Tango phone, the Lenovo Phab 2 Pro, which had a few interesting AR features, the new Asus Zenfone AR is also compatible with Google’s Daydream virtual reality headset, besides the Tango Platform. Future owners of the device will be able to not only enjoy the wide range of augmented reality content but thanks to Daydream compatibility, they will also have a large library of virtual reality content available from games like Need for Speed, to videos on YouTube and Netflix.

Google’s Project Tango augmented reality platform is only at the start, with the Asus ZenFone AR being the second known phone to feature it, besides Lenovo Phab 2 Pro, which was previously released in 2016. The company has announced that it will release another device in 2017, as it attempts to keep up with its various competitors which will start selling a number of Tango-compatible devices.

Before the leak, it has been reported that Asus would throw its hat into the AR smartphone ring with the new ZenFone AR. However, not many details were known about the device. Evan Blass, a known leaker, has released images of the supposed Asus ZenFone AR, in addition to Qualcomm’s own leaked information.

What do you think about this leaked information? Are you interested in buying a Project Tango augmented reality-enabled smartphone?