You are here: Home / Technology / Apple Files Patent Application for a Vaporizer 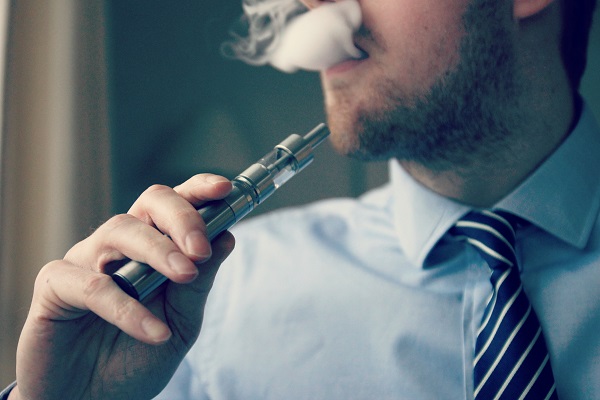 Apple has filed a patent application for some sort of vaporizer.

As one of the biggest and the most profitable tech companies in the world, Apple has enough resources to allow their developers to experiment with various technologies in hopes of a breakthrough and the invention of something revolutionary. The company has been an experiment with creating its own autonomous car, various wearable technologies and more.

However, Apple’s latest patent application reveals what may be the company’s new direction. The filed patent seems to be for a sort of vaporizer. Therefore, the patent has filed speculation that Apple is interested in joining the booming vaping industry by creating its own high-tech vaporizer.

The patent application was initially filed in June 2016 but it was only released publicly on January 26, 2017, by the Patent and Trademark Office of the United States. The filed application describes a system which uses high temperatures to convert a substance into vapor, which is the same function of current vaporizers.

However, Apple’s patent seems to be focused on maximizing the vaporization rate of the liquid so that a smaller quantity of the substance will be lost to the process of cooling the vaporizer. The patent does not include any reference to the materials used in the described process nor if it is meant for consumers. However, the ever-growing vaping and marijuana industry might be worth exploring as a way for Apple to further diversify and increase its revenue streams.

Apple has been previously linked to the vaping industry thanks to one of its former developers, Mark Williams, who worked on MacOS and decided to create a high-end vaporizer named Firefly. The device uses convection as a way to hear the air in the chamber to around 400 degrees. This allows it to create a smoother vapor with better taste to boot. The vaporizer has been called the Apple of vaping and seems to have the same pricing strategy in mind as it costs $329. This is much more expensive than any other vaporizer, as most just target entry-level consumers.

However, it remains to be seen if Apple is indeed serious about joining the vaping industry or the patent was just a random invention from its developers, one that may never materialize into an actual product.