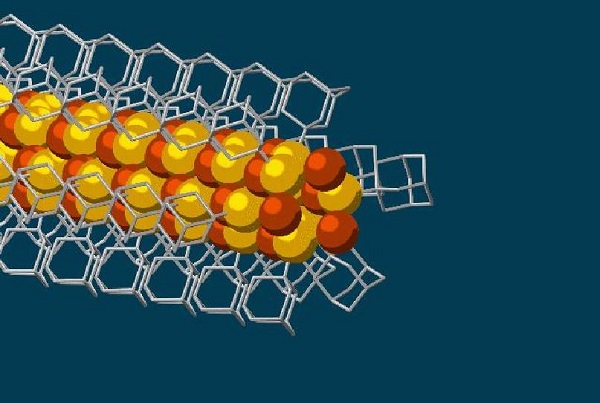 Scientists invented a three-atom wide wire made from diamondoids.

Researchers from Stanford University have been able to create extremely thin wires, the size of only three atoms in width, which have unique properties.  Their invention was developed using the world’s smallest diamonds, which are known as diamondoids.

Researchers use the diamondoids, which are the smallest part possible of a diamond to put together a three atoms wide wire which is capable of conducting electricity. Researchers put together multiple wires to create a material which can conduct electricity without any energy loss at all.

The researchers detail their new invention in a study published in the journal Nature Materials on December 26.  The team of researchers was led by Fei Hua Li from the Stanford Institute for Material and Energy Sciences.

In their paper, the researchers reveal that the wire was possible only because diamondoids are strongly attracted through van der Waals forces, bringing them together into crystals similar to sugar. More specifically, the researchers created their three-atom wide wire using a technique which involves coupling atoms together in a similar manner to how Lego creations are made.

Fei Hua Li stated that the atoms of diamondoids only fit together in certain ways determined by their shape and size, similar to Lego blocks. The conductive core of the wire is made from coupled atoms of copper and sulfur while the bulkier diamondoids end up on the outside of the wire, and act as an insulating shell.

Diamondoids can be found in nature in oil fluids. They are extracted and filtered based on their geometry and size. Scientists have trying to develop various uses for this material over the past decade. However, their breakthrough came after using diamondoids with interlocking cages of carbon and hydrogen as assembly tools. The three-atom wide wire comes together only after coupling a sulfur atom to a diamondoid as well as to a copper atom.

Researchers believe that their invention may be the world’s tiniest nanowires, and could have various applications. For example, they could be used in optoelectronic devices which involve conducting light and electricity, in superconducting materials, and even in electricity-producing fabrics which could revolutionize the wearable technology industry.

What do you think about the invention of a three-atom wide wire?