You are here: Home / Tech & Science / The First Manned Bipedal Robot Has Been Produced 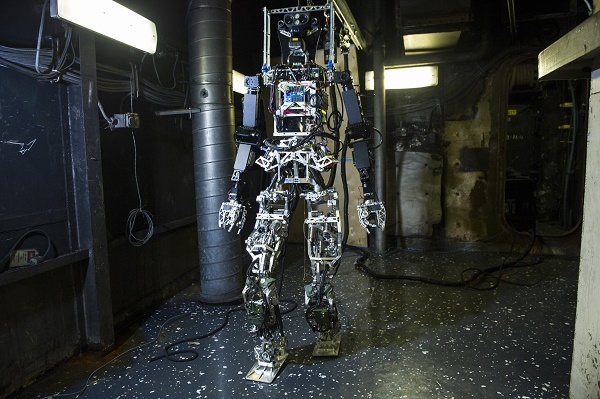 A person can stand inside the manned bipedal robot and control it.

Although it seems like it is just an illusion this robot exists and it can be controlled by the person standing inside it. Yes, this is more of a robot suit for people. A person can stand inside the manned bipedal robot and control it.

The robot is 13-foot and has a 1.5 ton and the company released a video on YouTube showing just how this robot works. Many people agreed that it resembles the military robots that were used in the movie Avatar. This is because one of the designers of this manned bipedal robot, Vitay Bulgarov, was a robot designer for movies like RoboCop and Transformers.

The name of this manned bipedal robot is Method-2. The first thing that people can observe when they see this robot is the size of it because it is really big. Experts mentioned that despite the fact that it is really big, it can still be used in order to solve real-world problems.

The developers of this robot mentioned that an app can be used in order to mount the top parts of the robot so that it can become a wheeled platform. Bulgarov also mentioned that they are developing a modified version of this manned bipedal robot in order to use it for restoring the Fukushima disaster area.

The tech company mentioned that they want to finish the robot by the end of 2017 in order to sell it. The price of the robot is going to be as big as the robot of course. It is going to cost more than $8 million.