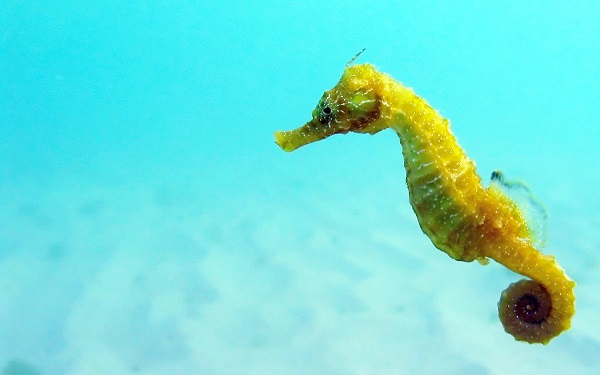 Scientists have sequenced the seahorse genome to determine its evolutionary horses.

The seahorse is among the strangest and mysterious creatures living in our planet’s ocean. Scientists do not yet fully understand how it actually evolved. However, they are hoping that the seahorse genome sequencing will provide them with the necessary information of its evolutionary history.

Scientists are fascinated and intrigued by the seahorse, which is classified as a fish but doesn’t look like any ordinary fish. It swims vertically instead of horizontally, it doesn’t have any pelvic or tail fin as well as no teeth. It sucks food through its mouth which resembles a pipe and its body is covered in bones forming a sort of armor that provides with protection.

A team of international researchers and scientists from the University of Konstanz, Germany as well others from both Singapore and China have decided to sequence the seahorse genome. They hope to discover about its evolutionary history.

More specifically, scientists will be mapping the entire genome of the tiger tail seahorse species also known as Hippocampus comes, which is considerable vulnerable and part of the IUCN Red List of Threatened Species.

During their extensive analysis of genes responsible for developing teeth in both vertebrates in the animal kingdom as they passed from one species to another, scientists were lost when it comes to the seahorse. The seahorse doesn’t fit the evolutionary pattern since it doesn’t have teeth and consumes food through its snout which works similar to that of a vacuum cleaner. They also lack a tail or pelvic fins which have the same evolutionary origin as our legs which were traced to a gene called tbx4, which the seahorse genome did not show any sign of.

The study, which was published in the journal Nature on December 15th, reveals that many regulatory elements like DNA segments which control the functions of genes which are common throughout animals and humans were not detected in seahorses, especially those responsible for the development of skeletons in vertebrates. Scientists think that this is the reason why the skeleton of seahorse differs drastically from other fish.

Scientists determined that the curly tail of seahorses helped them remain camouflaged and maintain a motionless state by holding on to various corals and seaweeds. Unfortunately, the seahorse is being threatened due to its use in medicine and display in aquariums as well through the loss of habitat.