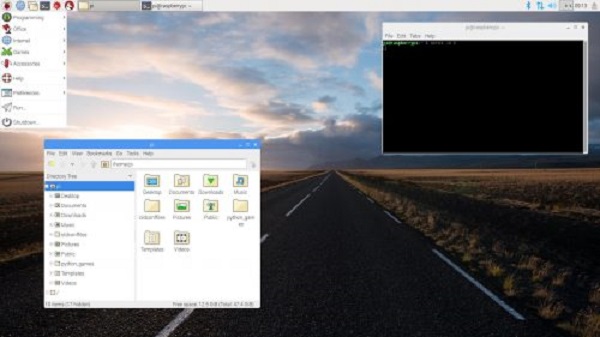 The Raspberry Pi Foundation is mostly known as the developers of the miniaturized computers who are perfect for a variety of purposes. However, thanks to their new version of PIXEL OS, the Raspberry Pi is now able to breathe new life into outdated hardware such as old desktop PCs and Macs.

The company decided to rework its PIXEL OS as a way expand its availability without the need for users to buy their $35 Raspberry Pi computer.  For any confused readers, Raspberry Pi PIXEL does not have any association with Google’s brand, as it only stands for Pi Improved Xwindows Environment, Ligthweight, as it is a heavily customized version of an older LXDE X11 desktop system.

The Foundation initially released their PIXEL OS back in September for the exclusive use with their mini-computers. However, now the OS is able to run on x86 PC and Macs as well, allowing users interested in the PIXEL desktop environment to try it out before deciding whether to buy a Raspberry Pi computer or not.

Besides allowing users to try the OS without the need to buy the hardware, the reworked PIXEL OS can even work on much older systems, which aren’t capable of running more modern operating systems like the latest version of Windows or OS X. The only requirement to run the new Raspberry Pi PIXEL is that the computer must have at least 512 MB RAM, according to Eben Upton, the co-creator of Raspberry Pi.

The minimal 512 RAM requirement makes so that most PC and Macs from even up to 10 years ago can run the PIXEL OS, as long as other components of your older system won’t fail that is. Nonetheless, if you want to give the Raspberry Pi desktop environment, all you have to do is download the OS’s image, burn it to a DVD or USB stick, and then boot it on their PC or Mac system.

The PIXEL OS offers users with a simple but modern interface, as well as a curated suite of productivity software and a wide range of programming tools, packaged together with the Chromium web browser. Users will also have access to various free applications.