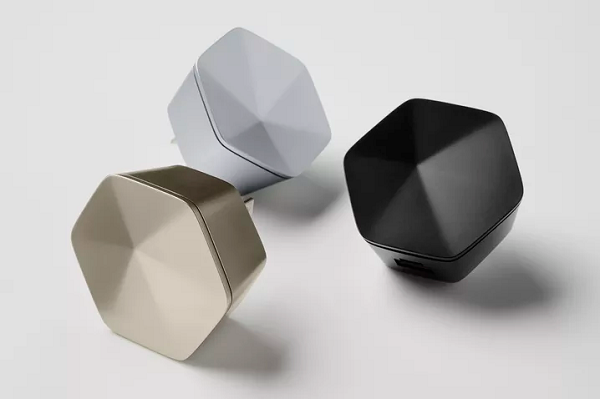 The Plume pods can boost the Wi-Fi signal to any area of the house.

Ever been annoyed by how bad the Wi-Fi signal reception can be in some parts of the house? Well, thanks to an ingenious device, you can now wave bye-bye to bad connectivity, and enjoy surfing the web from all the rooms of your house, bathroom included.

Introducing Plume, a futuristic-looking device that looks more like a fancy outlet cover than a state-of-the-art Wi-Fi signal extender. However, as in all things, looks aren’t everything. So, what exactly is Plume and why don’t I need another Wi-Fi router to cover all the rooms?

First of all, a Wi-Fi router can become troublesome, especially when you need to configure its settings. It takes quite a lot of time before it’s properly in place and even then, you might experience tiny connectivity issues.

But with Plume’s awesome Wi-Fi pods you needn’t worry about those things any longer. The Wi-Fi pods are small and, with the right outlet adaptor, they can be used anywhere in the world. These devices are small, practical, and dare to say, aesthetically pleasing. In fact, the company paid a lot of attention when coming up with the device’s design.

As a result, customers will be able to choose between three colors: onyx, champagne, and silver. Now, all you’ll need to do to set up Plume’s Wi-Fi signal booster is to plug the device into an outlet and let the magic happen. It’s that simple!

According to Plume’s creators, the device was specifically created to eliminate any of the stuff associated with setting up a new Wi-Fi router. Just plug in the device, and you’re all set to surf the web in another area of the house.

Apart from its clever and eye-pleasing design, the Plume Wi-Fi booster also comes equipped with a small LED which shows you if the device is properly connected to the power grid and if it receives any signal from the Wi-Fi router.

Now, to check out the status of your house’s Wi-Fi coverage, you will need to download Plume’s app from Google’s Play Store. The device’s creator said that the intelligent device paired with the app would be able to detect any signal fluctuations and make the necessary adjustments thanks to a technology called adaptive Wi-Fi.

Good news is that if you own more than one Plume, the devices will be in constant contact with each other to ensure the signal’s strength. The bad news is that you will have to pay 69 bucks for a Plume or $179 for a three-pack. The company also has a bundle offer – six Plume Wi-Fi boosters for $329.