You are here: Home / Science / Pegasus Rocket Will Deploy the CYGNSS Satellites 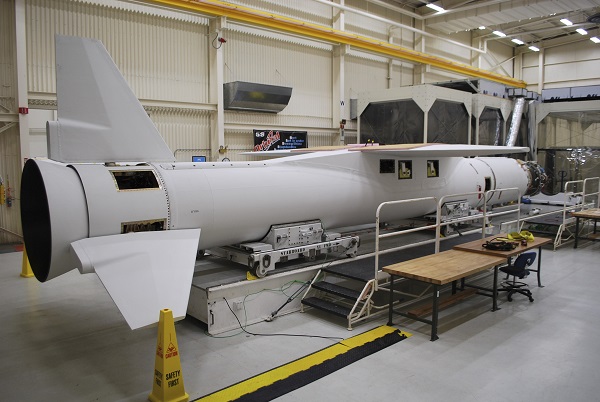 The Pegasus rocket will launch the CYGNSS satellites into orbit.

The Pegasus rocket, developed by Orbital ATK, will launch again after three years while carrying NASA’s constellation of small satellites into orbit. The rocket will be launched from a carrier plane in midair on Monday.

NASA newest mission involves the deployment of the constellation of eight small satellites which form the Cyclone Global Navigation Satellite System (CYGNSS). The satellite system is meant to help our scientific understanding of cyclone as well as improve the forecast of hurricanes.  The system was developed through a partnership between NASA, the Southwest Research institute, and the University of Michigan.

Each CYGNSS satellite is equipped with a Delayed Doppler Mapping Instrument (DDMI) which consists in a GPS receiver, the Delay Mapping Receiver as well as three L-band antennae which are equipped with low-noise amplifiers and a processing unit.

The satellite will provide important data to scientists regarding the behavior of cyclones even when they are covered by clouds and heavy rains. The satellite’s antennae will send out GPS signals which will be scattered in different patterns by the oceans. Scientists will analyze the various ways the signal is distorted in order to determine wind conditions near the surface of the ocean.

Overall, the satellites will enable more frequent and accurate observations of weather conditions. As such, scientists will be able to better characterize the early stage of a cyclone’s formation and even its eventual decay. NASA expects that the CYGNSS mission will last at least two years.

The CYGNSS mission is part of the Earth System Science Pathfinder program, developed by NASA with the purpose of using new technologies and techniques for a series of low-cost, rapidly- developed missions. The overall program is meant to improve the current research of Earth’s environment and climate.

The CYGNSS mission has been contracted to Orbital ATK. The company will use only one Pegasus rocket to deploy all the eight satellites. The Pegasus consists of an air-launched three-stage rocket which saw its first flight in April 1990. Orbital ATK will use a modified Lockheed L1011 TriStar plane named Stargazer for the launch of the Pegasus rocket.

The plane is scheduled to take off on Monday from the Skid Strip at the Cape Canaveral Air Force Station. After 65 minutes, the Pegasus will launch while the plane is above the Atlantic Ocean