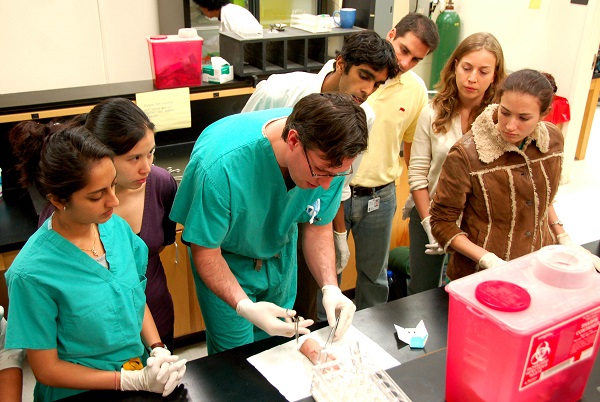 Depression and suicidal ideation is prevalent among medical students.

Researchers revealed that the high levels of work and pressure imposed on medical students lead to increased rates of depression and suicidal ideation. The findings were the result of a review and analysis of around 200 previous studies which involved 129,000 medical students from 47 different countries.

The study was published on December 6th in the journal JAMA by a team of researchers led by Douglas A. Mata, working at the Brigham and Women’s Hospital and Harvard Medical School. For the study, they conducted an extensive systematic and review as well as a meta-analysis of previously published studies regarding the prevalence of depression, suicidal ideation in medical students across the world.

The researchers found that depression or at the very least some symptoms of depression was found in around 27 percent of participants in the various studies. The summary prevalence estimate ranged from 9.3 percent up to 55.9 percent. Meanwhile, the suicidal ideation was found to be prevalent in around 11 percent of all medical students. Its summary prevalence estimates ranged across the assessment modalities used by the researchers from 7.4 percent up to 24.2 percent.

To make matters worse for medical students, only 16 percent of those who were diagnosed with depression ever sought psychiatric treatment. Researchers pointed out that the symptoms of depression and suicidal ideation were likely caused by stress and anxiety formed in the competitive environment of medical school.

They recommend that school administrations restructure the school curriculum as well as the methods used to evaluate the students so that the amount of stress experienced can be ameliorated. The findings of the researchers were paired with those of another study regarding depression among clinical residence. Taken together, the studies suggest that the depression and suicidal ideation experienced by medical students may very well follow them into their future careers.

These negative emotional states of medical students could impact their long-term mental health, which can in turn negatively affect the quality of medical care and services offered to patients. Finally, researchers emphasized the need to reduce barriers to mental health care as well as address the overall stigma of depression in society.

What do you think about this study? Were you ever depressed?