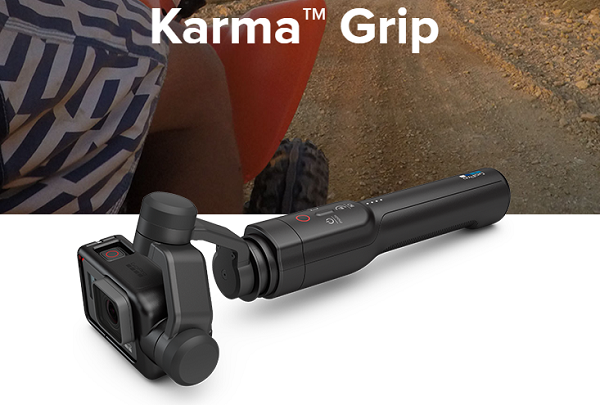 The GoPro Karma Grip camera stabilizer is available for purchase for $299.

If the image-stabilizing software which comes now as standard in most cameras isn’t enough for you, then GoPro has finally decided to individually sell their Karma Grip stabilizer for $299. Previously, the handheld grip only shipped together with the company’s Karma drone.

However, since the unfortunate recall of the drone due to a number of design and battery problems causing it to fall from the sky, GoPro has decided to release the much sought over grip independently to all of their customers. This is good news for everyone who likes taking the clearest images they can, without the need to bear the cost of the drone, if you’re not interested in owning one.

The company initially said that it intended to sell the Karma Grip separately as well, but it didn’t offer any official release date. It seems that the drone’s recall managed to accelerate those plans, in order to salvage as much as they can.

Although most standard cameras do provide digital image stabilization, only the GoPro Hero5 camera includes this feature. Older models such as the Hero4 don’t have any kind of in-built stabilization measures allowing users to take smooth footage. As such, many already bought a third-party device such as the DJI Osmo, with which the Karma Grip has to compete against.

The Karma Grip is only compatible with the Hero4 Black and Silver cameras, as well as the Hero5. However, the value of the handheld stabilizer diminishes greatly for owners of the Hero5 thanks to its already in-built stabilization. Nonetheless, for the owners of the Hero4 camera, the Karma Grip is indeed a welcome addition, as it greatly improves the quality of the footage.

The Karm Grip stabilizer also offers a number of functions and options to control the camera on top. The device will let users power the camera off and on, as well as start and stop recording. Users will also be able to tag key moments using the Grip’s four buttons found on its handle. Additional features include easy angle adjustment to allow you to take the perfect shot as well as lock-and-release option for tilting the camera.

Are you looking to buy the Karma Grip stabilizer?