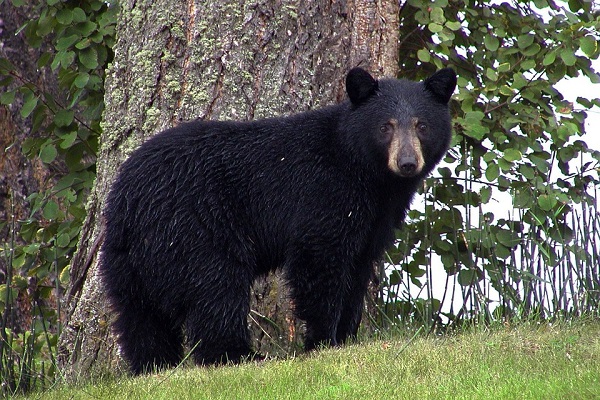 Black bears residing near town and villages are often spotted by locals as they try to find new food sources. They often rummage through food waste deposits and garbage locations if they find it to be much easier than scavenging for food in the forest.

However, this type of behavior can also be dangerous for not only the humans who encounter them but for the animals as well. They can often find and eat various foods that can be dangerous for their health or even lethal. One such case happened West Wyoming, Pennsylvania, where a group of four bears, one sow, and her cubs were found dead in the parking lot of a church.

The West Wyoming Police Department was notified on December 6th, and according to one of department’s Facebook posts, which showed a picture of the four bears, the death of the animals was initially considered suspicious as officials were not able to determine the cause of death at that time.

Wildlife officials decided to learn more about this situation and the cause of the deaths of the four bears so that it can be avoided in the future. As such, two of the bodies were sent to the Penn State Animal Diagnostic Laboratory for additional testing. The researchers conducted a toxicology report which revealed that the deaths of the four bears were caused by a common toxic plant, and not by human interference as it was initially suspected.

Researchers further determined the bears consumed the leaves as well as the seeds of the plant known as English Yew. The plant is known to be lethal if consumed by either animals or humans, according to the Pennsylvania Game Commission.  It contains an alkaloid compound known as taxine which is especially toxic to animals with single-chambered stomachs such as bears.

Humans mostly use the plant as an ornamental shrub, and as such is most commonly encountered in urban environments and not in the forest. The bears only encountered in the plant in the church’s parking lot. Despite the unfortunate accident, the toxin acts relatively quickly and the bears have not suffered for long.

What do you think about the death of the four bears and the ornamental use of the English Yew?