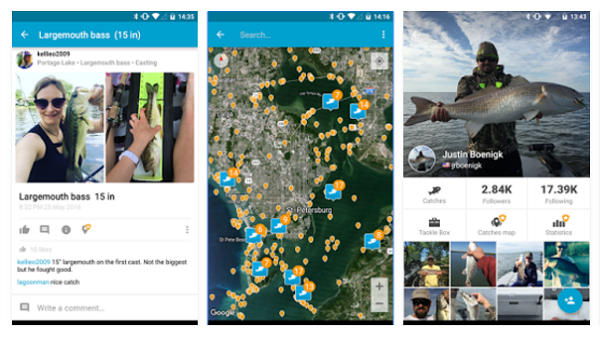 Fishing is a very popular activity throughout the world, so eventually, it would be only a matter of time before a company would develop a social media platform meant exclusively for fishing enthusiasts. Known as Fishbrain, the app is very popular among tech-savvy fishers.

It seems that the Fishbrain app and its large user base can be used for more than just socializing and bragging about the fish they captured. The Florida Fish and Wildlife Conservation Commission (FWC) has recently announced that it is forming a collaboration with the Fishbrain app.

As the world’s largest social network for anglers, its users can help provide data on non-native species of freshwater fish throughout the state of Florida. The collaboration effort will invite the 250,00 Fishbrain app users based in Florida to register their catches of 15 types of fish which are not native to the Florida ecosystem. The FWC has issued the list of non-native fish species which will be of interest to the Fishbrain app users.

The app’s users in Florida can easily log their fish capture by recording the time, location, and species of the fish. The collaborative program also requires from fishing enthusiasts to take a picture of their catch. The FWC program in Florida marks the first time that the Fishbrain technology or any other similar social network have been used to help environment officials understand the extent as well as the impact of non-native species in the local ecosystem.

If the program proves to be successful in Florida, then the US FWC and Fishbrain hope to extend in other regions of the country, as well as through various other partnerships with conversation organizations. The crowd-sourced data will help officials develop more effective tools meant for the monitoring of invasive species and prevent them from negatively affecting the ecosystem.

Johan Attby, the CEO of Fishbrain has stated that the app’s users are passionate about involving themselves in these types of projects which seek to protect the sustainable balance of nature, as they are aware of the danger posed by invasive species. He also reiterated the company’s interest in expanding similar programs in other states across the US.

Are you a fishing enthusiast? If so, do you have Fishbrain account and are planning to get involved in such a program?