You are here: Home / Science / Dragon Capsule Launch Delayed to May 2018 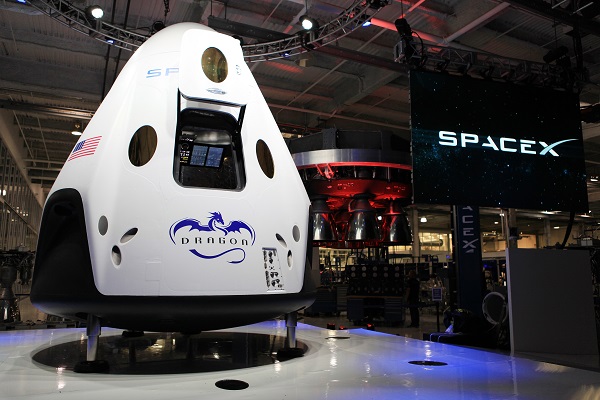 SpaceX’s Dragon capsule launch has been delayed to May 2018.

SpaceX has pushed back the date meant for the launch of its manned Dragon capsule as part of a NASA mission. The capsule was initially intended to launch in 2017, but SpaceX needed more time to revamp the fueling procedures for its Falcon 9 rocket after the explosion in September.

The Dragon capsule launch has been delayed by around six months, SpaceX citing that it needs additional time for the assessment and implementation of its designs, systems, and processes after the disastrous explosion of its Falcon 9 rocket on the launch pad in September. Although the problem was is being addressed, it has inevitably led to a change in SpaceX’s schedule.

There have been reports that some of the SpaceX’s planned changes involved the unique of fueling its rockets while the astronauts were already in the capsule mounted on the rocket. However, the members of the NASA committee which were briefed by SpaceX and assigned to review its practices, have not disclosed any details to the media.

The manned mission delayed to 2018 will come after SpaceX will perform a demonstration of the capacity of its Crew Dragon capsule in 2017, which won’t include any astronauts. The real mission will proceed only if the test is completed without any major issues.

SpaceX’s manned Dragon capsule mission is part of NASA’s Commercial Crew Program, which seeks to have astronauts flown into space on rockets made in America once again. This way, NASA can avoid sending astronauts to the ISS or other missions on board the Russian Soyuz rocket. Despite the delay, SpaceX’s Commercial Crew team have been hard at work with NASA to complete all necessary milestones before the launch of the capsule. The milestones involve the testing of spacesuits, the crew access arm, parachutes, qualification tests and many more tests.

The Dragon capsule is designed to be reused for at least up to ten missions, and SpaceX is already used an earlier version of the capsule to deliver supplies to the International Space Station. However, it faces competition from Boeing, which is also developing a capsule for future manned missions.

What do you think about NASA’s attempt to launch astronauts into space on American rockets once more? Do you think that SpaceX will be able to meet expectations with its Dragon Capsule?