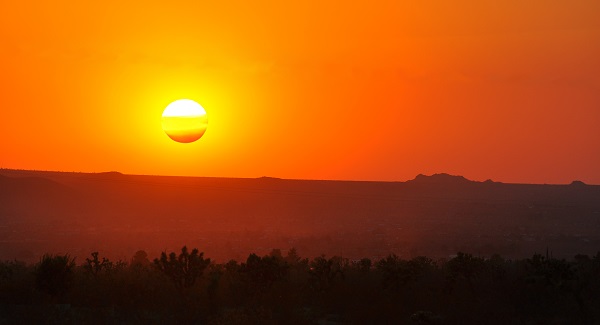 Extreme weather events have been linked to human-induced climate change.

Despite the fact that the term climate change is mostly associated with global warming, the term means so much more based on the fact that scientists have discovered that an increase in the global average temperature has led to more extreme weather phenomena around the world.

As such, despite that an overall global warming will be noticeable around the world, some regions will instead experience extremely cold weather or just more often disastrous storms and other dangerous weather phenomena. This state of our planet’s climate has been reinforced by a new report, Explaining Extreme Events from a Climate Perspective, issued on Thursday in San Francisco.

The report was conducted by an international team of 116 researchers from 18 countries around the word, which was led by Stephanie C. Herring, a scientist from the National Centers for Environmental Information at the National Oceanic and Atmospheric Administration (NOAA). The report mostly analyzed the correlation between climate change and the extreme heat waves experienced around the world in 2015. However, the report does not the correlation between climate and the increase in other extreme weather events.

The scientists focused on the heat waves from Egypt, Pakistan, and India which have killed thousands of persons, while many more suffered from various degrees of heat stroke. Very high temperatures were also recorded in several European countries like France, Switzerland, Germany and the UK, but I didn’t lead to as many victims as the heat waves in South-Asia or in the Middle-East.

The report states that the all the heat-related events which were studied were found to have been more intense, without any exceptions, due to human-induced climate change.” The report emphasizes the fact that human activities which release carbon dioxide and methane into the atmosphere are the main culprit behind the temperatures levels, as they cannot be explained through any natural factors.

The report compiled 25 peer-reviewed research papers with the results being published in a special edition of the Bulletin of the American Meteorological Society.

What do you think about the report? Do you think that human-made climate change led to the formation of extreme weather events like the heat waves in 2015?