You are here: Home / Science / Artificial Leaf Is a Drug-Producing Mini-Factory 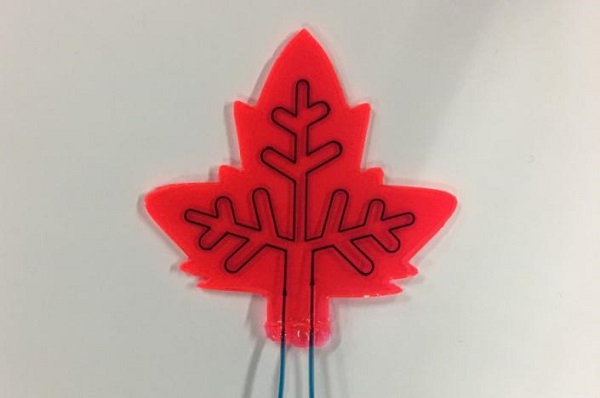 The production of medicine for various health issues involves a huge infrastructure of factories. However, scientists have been hard at work to develop ways they can create drugs directly on the location they are needed, to treat a specific problem.

The latest miniaturized production system of drugs comes in the form of an artificial leaf developed by researchers from Eindhoven University of Technology, Netherlands. Thanks to this invention which acts as a mini-factory for medicine, doctors can produce their required drugs anywhere by just using sunlight.

The artificial leaf is not an entirely new invention. They were previously invented as a way to passively convert sunlight into power for a number of purposes. The process of photosynthesis used by plants to produce their required energy and various chemicals is far more efficient than what scientists have been able to imitate. However, the Dutch scientists were able to develop an artificial leaf which produces enough energy from sunlight to power chemical reactions, for various purposes such as those needed to create medicine.

The increased efficiency in converting light into energy of the artificial leaf is due to the use of a new type of material known as a luminescent solar concentrator. The material is able to convert sunlight to a specific wavelength and guide it to across the artificial leaf, which has certain thin channels through which liquid medicinal ingredients are pumped. The concentrated and redirect light can then set off the chemical reaction that will produce the actual drug.

Timothy Noel, the leader of the team of researchers and the lead author of the study, published in the journal Angewandte Chemie, said that the artificial leaf can be used for the sustainable production of various chemical products, from drugs to even crop protection agents. He believes that their innovation will allow the creation of malaria drugs right in the area where they are needed the most or even medicine on future space exploration missions to Mars.

The device is made from silicone rubber, although it doesn’t need to be shaped like a leaf, and can function even in areas with diffuse light. As such, it is capable of working even when the sky is covered in clouds. However, researchers are still trying to scale up the process so that it becomes viable commercially. They hope that the process will become wildly available in the next five to ten years.