You are here: Home / Technology / Apple Will Use Drones to Beat Google Maps 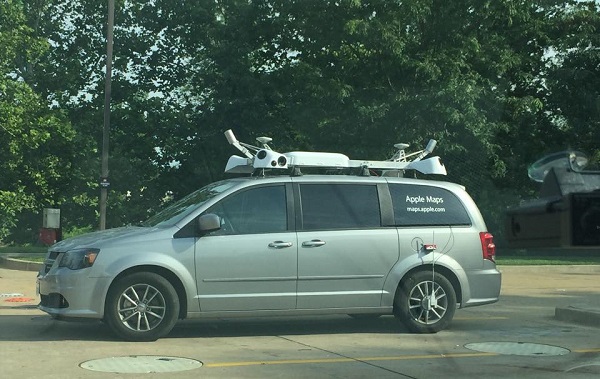 Apple plans to use drones to collect data for its Maps app.

Google Maps has been the go-to app for a vast majority of people, developers, and companies. After the huge debacle caused by the many errors of Apple Maps when it was first introduced, Apple has decided to have another try at it by using drones to improve the app.

The news comes from people familiar with the project and according to them, Apple is putting a team of robotics researchers together with data collection experts. They will use drones to gather and update various map information at a faster rate. Currently, Apple uses a fleet of minivans equipped with cameras and sensors.

More specifically, Apple’s drones will be used to capture a variety of street information such as signs, track changes to roads, and even monitor areas that are under construction. All the captured data will then be sent to Apple Maps developer team in order to update the app with the relevant information.

In addition to the use of drones for up-to-date information, Apple will add a variety of new features for Maps. Some of them are the option to view inside buildings as well as improvements for car navigation systems.

Despite the horrible launch of Apple Maps, which may have put off some users forever, the company has gradually improved the app by quickly updating the data available on it. Apple Maps offers a mode for navigating public transit, an improved search system. The company even opened the app to a number of third-party services like Uber. Their drone initiative hopes to continue and improve their current endeavors.

Both Google and Apple are aware that continuously improving their digital maps is required if they want to attract developers of various ride-sharing, popular travel, and retails apps and services which can integrate with each operating system.

The life and blood of a Maps app is the company’s ability to collect accurate data in order to provide users with the latest information about any changes no matter where they live. It remains to be seen if Apple’s drone initiative will be successful considering that drones use still have a number of limitations imposed by FAA guidelines.

Nonetheless, Apple is hard at work building their specialized team with hires from Amazon Prime as well as acquiring the indoor mapping startup Indoor.io.