You are here: Home / Technology / Xiaomi Mi Mix Has Goes Public in China 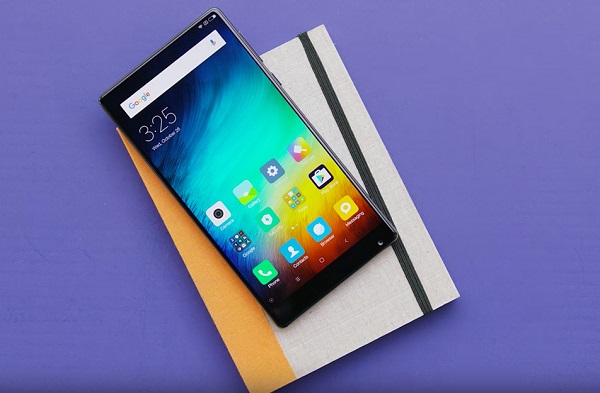 Xiaomi Mi Mix is available for purchase in China.

After a certain amount of leaks and teases from the company, the Xiaomi Mi Mix has finally gone public. Many reviewers have praised its revolutionary design which manages to change the standard look of the smartphone since they were first introduced. The smartphone also manages to provide an overall quality and performance in other areas as well.

When you first see a Xiaomi Mi Mix smartphone you can’t avoid but stare at its gorgeous edge-to-edge screen. Although it seems simple for a phone manufacturer to just remove the side bezels on the edge of phone’s screen, the leaders of the industry like Apple has Samsung have not dared to do so. Fortunately, Xiaomi is daring to go when no smartphone has gone before.

The 6.4-inches, 2040 x 1060 IPS LCD screen almost covers the entire face of the phone. Even the buttons that are on the bottom of the screen on most smartphones are now onscreen for a fully edge-to-edge experience. The ceramic casing also gives it a luxurious feel as well as being scratch resistant.

The design of the screen thing that differentiates it from almost all current smartphones and it will probably set a precedent for the future designs of other products, depending on how appealing it really is.

The Xiaomi Mi Mix does not slack in any of the other departments, as it features comparable specs to other high-end smartphones. The standard version of the phone comes with Quad-core Qualcomm Snapdragon 821 processor, 4GB of RAM, 128 storage capacity, 16 MP back camera a 5MP one in the front. The device is powered by a 4400 mAh battery. The upgraded version has a better processor, 6 GB of RAM, and 256 GB of storage.

The Xiaomi Mi Mix is only available  for purchase in China in limited quantities. The basic version costs $510 while the premium model will go up to $590. This is almost half the price of Google Pixel phone or an iPhone 7. If you really need to have the edge-to-edge display, you can probably by one from third-party resellers. However, it’s connections might not work properly outside China and if you somehow break, repairing might be near impossible given how rare the parts for it are.