You are here: Home / Science / Pigs’ Personalities Can be Optimistic or Pessimistic 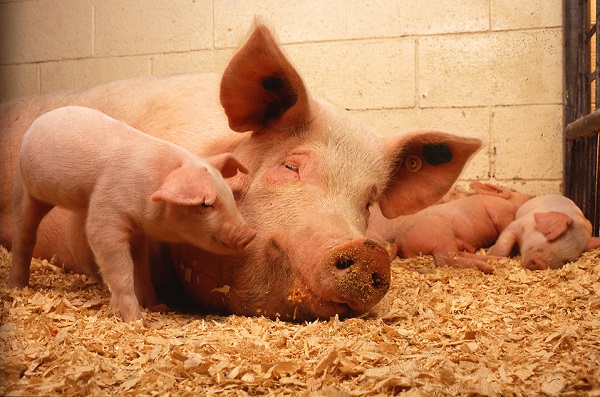 Pigs makes decisions depending whether they are optimistic or pessimistic.

If you like pigs as more than just a food source, then you should know that they share some traits with humans. Researchers discovered that pigs’ personalities can be optimistic or pessimistic depending on their moods and environments.

The study was published in the journal Biology Letters by researchers from the University of Lincoln and Newcastle University in the United Kingdom. It is the first type of study that determines how the combination of pigs’ personalities and their mood affects the outlook of their life.

More specifically, researchers wanted to see what factors affects whether a pig is optimistic or pessimistic. During their extensive research, scientists found similarities with humans. For example, when people are in a bad mood they tend to become more pessimistic, imaging a grim outlook for the future.

For the study, researchers wanted to analyze the dynamic of personality and moods on 36 domesticated pigs. Among all animals, pigs have quite a high level of intelligence. The scientists tested each pig to see whether they had either a proactive or reactive personality by examining how they behaved in areas with an unknown object for them. The pigs were separated into two groups, each group was set in one of two different environments designed to affect their mood.

They trained the pigs so that they associate feeding from two separate bowls as having different outcomes. Scientists filled one bowl with sugar-coated sweets and the other with coffee beans which are the negative outcome for the pigs. After a period of adjustment to this environment, researchers added a third feeding bowl.

The scientists determined that they could establish if a pig was either optimistic or pessimistic if they approached the bowl expecting to find more sweets, which represents a positive outcome for the animals, or they neglected it thinking it leads to negative outcomes.

The study showed that the pigs living in worse environments tend to be more pessimistic compared to those in more relaxed environments, who were found to be more optimistic about the outcome of a situation like the previous experiment. Overall, the findings demonstrate that like humans, pigs make decisions based on their personality traits and their short-term moods.